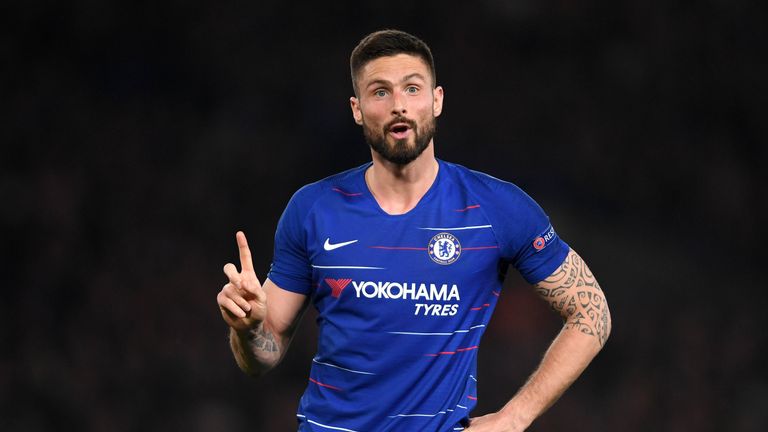 Olivier Giroud has signed a new one-year contract to stay with Chelsea for a further season.

The 32-year-old striker has scored 17 goals in 62 appearances for the Blues since joining from Arsenal in January 2018.

Giroud has scored 10 goals in this season's Europa League to help Chelsea reach the final against his former team. He is the first Chelsea player ever to hit double figures for goals in a single season of European football.

On signing his contract extension, Giroud said: "I am very happy to sign a new contract. I really wanted to stay at least one more year - I have felt part of the team, the family, since the beginning and hopefully there will be more trophies to come."

The 18-month deal Giroud signed when he joined from Arsenal expired this summer, and as the French World Cup winner struggled for regular playing time there had been speculation he could seek a return to his homeland. 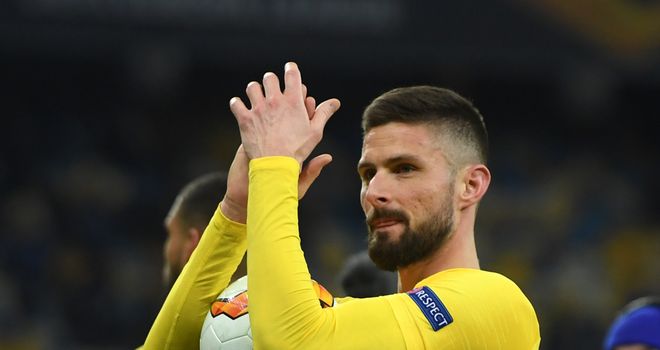 Giroud is the Europa League's top scorer with 10 goals

But with Chelsea still facing a transfer ban this summer, subject to an appeal before the Court of Arbitration for Sport, the club were keen to retain Giroud in an area of the pitch where they remain short of depth.

She said: "We are very pleased that Olivier will be a Chelsea player for another season. Since joining us 18 months ago, he has at times had to be patient and wait for opportunities, but has still been able to make a positive contribution for the team."

"Whether it is his unselfish link-up play or his 10 Europa League goals this season, he has been a crucial member of the squad and we hope he will be able to pick up a second Chelsea winner's medal in Baku later this month to accompany last season's FA Cup win."