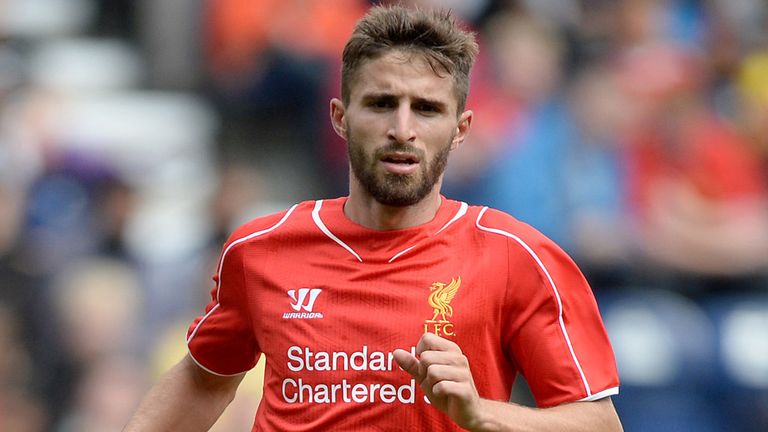 Fabio Borini: Insists a return to Italy was never on the cards

Fabio Borini insists a return to Italy was never on the cards this summer, saying a stay at Liverpool was his main aim.

The Liverpool striker was linked with numerous clubs throughout the window with Premier League rivals Sunderland and Queens Park Rangers both eager to secure the services of the 23-year-old.

However, Borini remained on the books at Liverpool and the one-cap Italy international insists a stay at Anfield was always his preference.

"The transfer market has been like a storm. Now that it's over, I have no problems."

Since joining Chelsea’s youth system from the Bologna academy in 2007, Bentivoglio-born Borini made a season-long return to Italy with a loan spell at Roma before joining Liverpool in 2012.

"There is no thought of whether to come back or not,” he told Gianlucadunarzio.com.

“Because I grew in England I don't think of it as to come back home, there isn't a thought of it.”

Borini spent the 2013-14 season on loan with Sunderland, scoring seven goals in 32 appearances for the Black Cats, who were eager to make his move to the Stadium of Light permanent.

Following the close of the summer transfer window on September 1, Borini admitted it was a turbulent time but claims he is settled at Anfield.

"The transfer market has been like a storm,” he claimed. “Now that it's over, I have no problems.

“This summer there has been many rumours. My wish is to play in a top club and Liverpool are a top club so there have never been any real problems. I know my aims and how I can achieve them.

"Staying at Liverpool is one of them. I'm in a big side who try to win each competition. And that is where I want to be.”

Despite the wealth of talent in the Anfield dressing room, Borini believes he still has a role to play for Liverpool.

"I stayed because I think I am able to play here," he added.