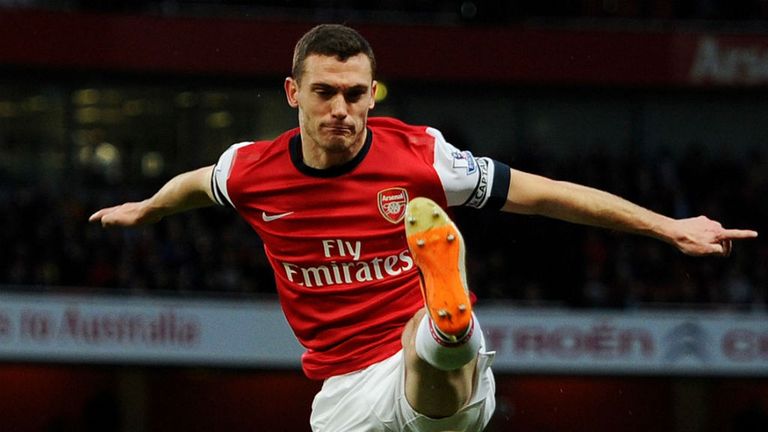 Sky sources understand Barcelona have moved ahead of Manchester United in the race to sign Arsenal defender Thomas Vermaelen.

Vermaelen's future at Arsenal has been the subject of speculation all summer, with the Belgium centre-back entering the final year of his contract at the Emirates.

Manchester United and Barca are both thought to have expressed an interest in Vermaelen, but now the Catalan club have firmed up their interest with a £10million bid for the 28-year-old.

Barca are looking to bolster their defensive options after Carles Puyol retired earlier this summer and they are hopeful of beating United to Vermaelen's signature.

Vermaelen is no longer first choice at Arsenal, with Arsene Wenger preferring the centre-back pairing of Per Mertesacker and Laurent Koscielny last season.

Wenger also revealed last week he could not to be certain Vermaelen would stay, as he could not guarantee the defender first-team football.

Vermaelen started just seven Premier League games last term and it seems the player is keen to move on.