Neal Maupay has had a strong start to the season with two goals in two games. Everton and Marseille like him but the Toffees are not in a position to spend on transfer fees due to Financial Fair Play rules 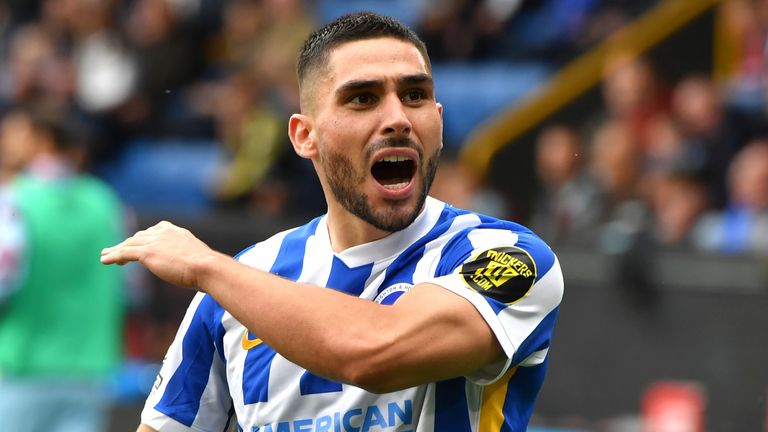 The Merseysiders need to sell in order to bring more players in but are yet to find solutions for a string of first-team players including James Rodriguez, Fabian Delph, Cenk Tosun and Moise Kean.

They also have an interest in Burnley's Dwight McNeil but the situation remains the same at Goodison Park with less than a week left of the transfer window.

Maupay has had a good start to the season for Brighton, scoring two goals in two games, after a mixed time of it last term - and Marseille are also admirers of him. Neal Maupay has had a good start to the season, scoring two goals in two games for Brighton.

But Brighton paid £20m to sign him from Brentford in 2019 and he still has two years left on his contract, making it difficult for Everton to do a deal in this window.

Marcel Brands is in charge of transfers at Everton and is said to also be willing to listen to offers for the likes of Jonjo Kenny, Mason Holgate and Jarrad Branthwaite.

Everton's difficulty in this transfer window is highlighted by the type of business they have conducted so far; signing Andros Townsend, Andy Lonergan and Asmir Begovic on free transfers, and Demarai Gray from Bayer Leverkusen for just £1.7m.