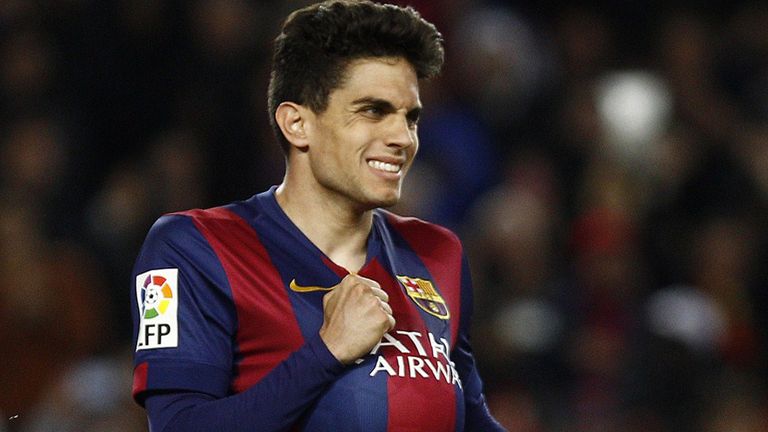 Barcelona defender Marc Bartra’s agent has told Sky Sports News HQ there is interest in his client from England.

Sky sources understand one of those interested clubs is Tottenham, who are looking to strengthen their defensive options next season having already landed Austria defender Kevin Wimmer.

Bartra has an £8.7million buy-out clause in his contract having made just 11 La Liga starts last season and the Spaniard is open to a move away from the Nou Camp in search of regular first-team games.

Bartra’s representative Javier Diaz confirmed: “There is interest in Marc from England and other countries in Europe.

“This is normal, but I cannot speak about the clubs. He is happy at Barcelona but he wants to play more games and we will look at the options. He has a €12m release clause in his contract.”

He came through ‘La Masia’ academy and has represented Spain at every level from U16 to the seniors – making his full international debut in 2013 and picking up four further caps since.

Bartra has made 45 La Liga appearances in total and scored three goals, and also played in the Champions League for the Catalonians.