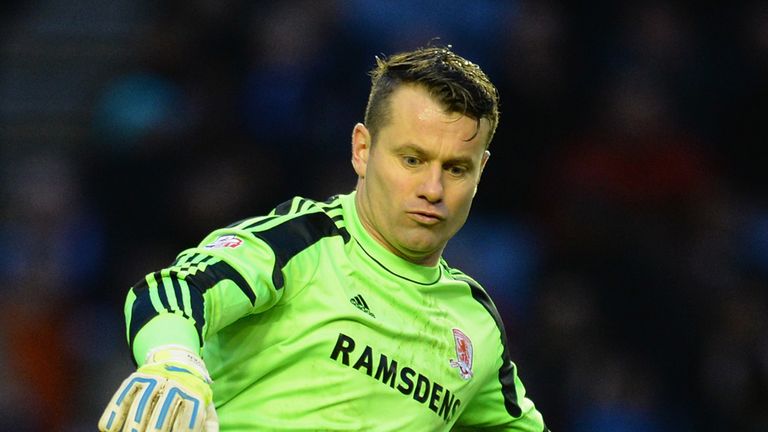 Shay Given expects to leave Aston Villa in the summer after claiming the Premier League club "want me out of the door".

Given recently returned to Villa Park after a successful loan spell with Sky Bet Championship club Middlesbrough where he kept 10 clean sheets in 16 matches.

The loan could not be extended through to the end of the season as Villa would have been unable to recall him at 24 hours' notice.

The Republic of Ireland goalkeeper, is out of favour at Villa where he still has another two years left on his contract, can join another club on a short-term deal before the end of March.

That is Given's only hope of action ahead of securing a permanent move at the end of the season.

"Hopefully something will happen in the summer somewhere," he told the Birmingham Mail.

"It has been really frustrating not playing.

"That's obvious for everyone to see and the window doesn't open until the summer, so maybe there is a Championship club out there who might want me.

"I might go back out on loan again somewhere before the end of March.

"Aston Villa want me out of the door, so something might happen."