Listen to a new episode of the Sky Sports EFL Podcast every Monday throughout the 2021/22 season for all the essential opinion and latest reaction to the Championship, League One and League Two action 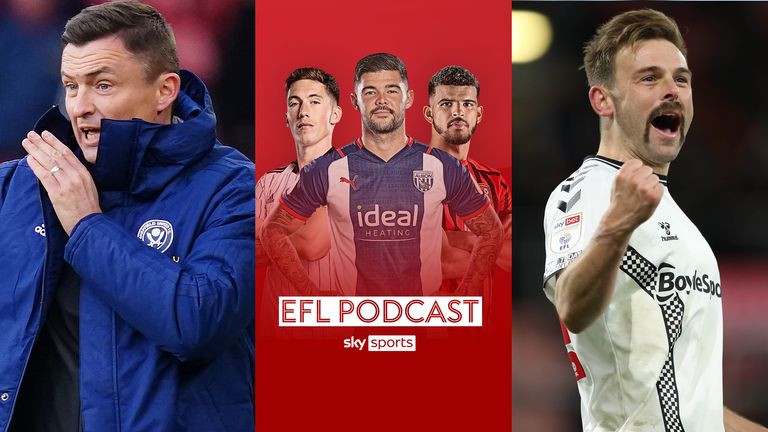 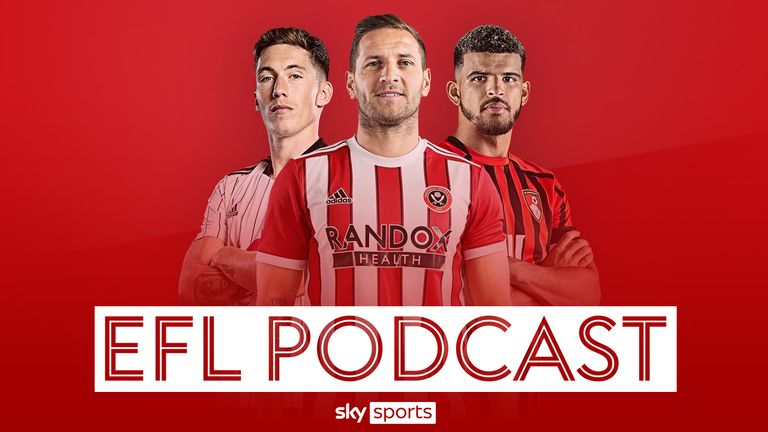 Listen to the latest episode and subscribe to the all new Sky Sports EFL Podcast from Sky Sports Football.

Jonathan Oakes is joined by David Prutton and Jobi McAnuff to discuss all the latest from the Championship, League One and League Two.

The panel dissects all the most recent news and talking points from the EFL, while we also hear from Coventry striker Matty Godden in Ten To Tackle.

In the Championship (from the start) there is a look back at a week of upheaval for Sheffield United as they replaced Slavisa Jokanovic with Paul Heckingbottom in the dugout - and kicked off with a win against Bristol City.

The panel also reflected on dropped points for Fulham and Bournemouth ahead of their heavyweight clash this weekend and fine recent runs for Blackburn and Hull.

We also hear from Coventry striker Matty Godden (35m16s), who answered our quickfire questions in Ten To Tackle.

In League One (44m04s) the panel take a look back at Paul Warne’s tenure in charge of Rotherham as he fires them back towards another potential promotion, a concerning slump for Plymouth, Lincoln’s labouring form and Simon Grayson’s departure from Leeds.

And in League Two (58m03s) there have been more problems at Oldham as Keith Curle became their latest manager to be sacked, while Northampton’s good run continued and Dom Telford continued his hot streak for Newport.

All that and much more!

And don't forget to subscribe to the Transfer Talk podcast, the Gary Neville podcast, the Sunday Supplement and the Scottish Football Podcast