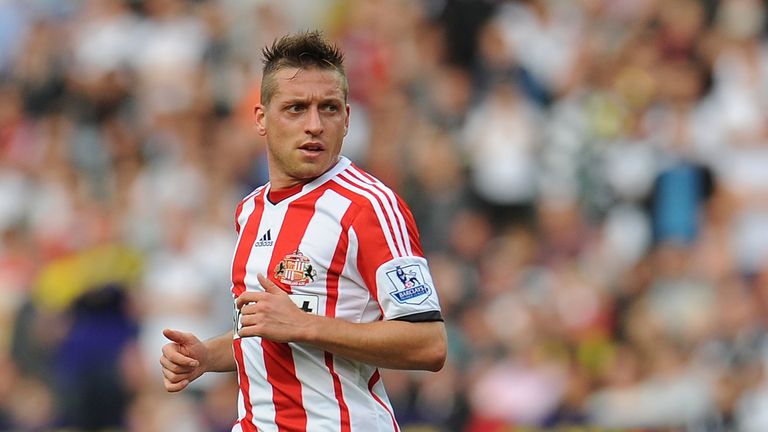 Sunderland boss Gus Poyet admits he is unsure about where the future of out-of-favour Emanuele Giaccherini lies.

The Italy international joined Sunderland from Juventus in the summer, but he has failed to live up to his billing, scoring just three times in what has been a disappointing campaign.

And, after not starting a game since New Year's Day, and having not made the bench in the Black Cats' last two matches, Giaccherini's future on Wearside is uncertain.

However, Poyet admits it is not the time to make any decisions, with Premier League survival still in the balance.

"It's too soon to be talking about that because nobody knows really," Poyet told the Sunderland Echo.

"I'm surprised they're talking about it so early, because the season isn't finished."

Despite leaving Giaccherini out of the squad of late, Poyet insists the 28-year-old was overlooked purely for tactical reasons.

"When I planned the team (for West Ham and Spurs) I changed the bench a little bit," Poyet added.

"Normally, I would always put on a couple of strikers, couple of midfielders, a full-back and a centre-back - depending on the shape. But I think it's time to take a risk.

"We're trying to make the bench in a certain way and sometimes we have three strikers on there."

What will be the outcome in the match Sunderland vs Everton?