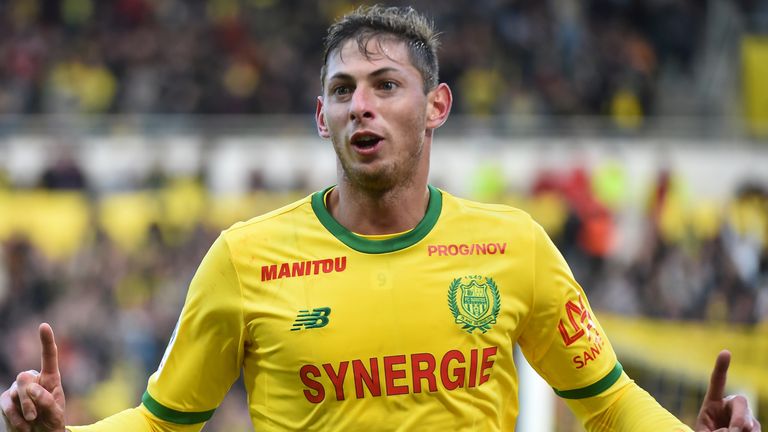 Emiliano Sala is on the verge of joining Cardiff City

Cardiff City are close to agreeing a deal to sign striker Emiliano Sala from Nantes, according to Sky sources.

The fee is believed to be in the region of £18m for the Argentine forward, who has pulled out of the Nantes squad for Wednesday's nights game with Nimes.

Cardiff are hopeful the Sala deal can be concluded in time for the 28-year-old to be included in the Bluebirds' squad to face Newcastle on Saturday.

Sources understand Sala told the French club that he wants to leave, and the striker flew to the UK on Monday for talks with Cardiff manager Warnock and chief executive Ken Choo.

Sala has scored 12 goals in 18 Ligue 1 appearances this season, with Nantes sitting in mid-table in the French top flight.

Callum Paterson is currently the club's leading scorer in the league this season, with four goals.