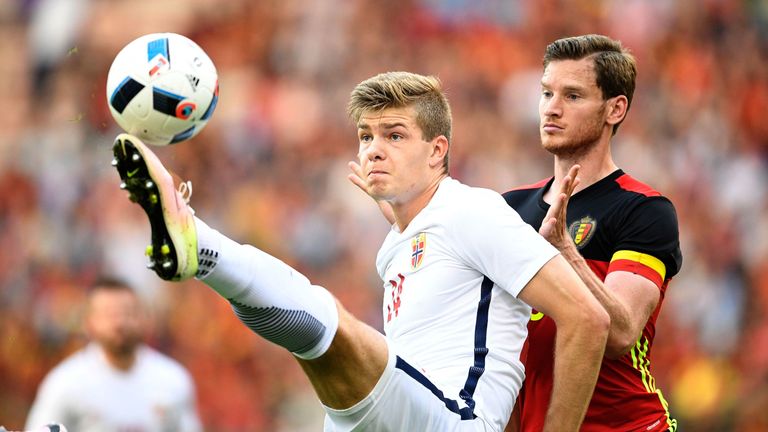 Crystal Palace have agreed a £9m deal to sign Alexander Sorloth but the move is on hold until FC Midtjylland find a replacement.

Norway international Sorloth arrived at Palace's central London offices this afternoon and is ready to push ahead with the move if a replacement is found.

Sky Sports News reported on Tuesday that Palace were trying for either Sorloth or Preston North End striker Jordan Hugill, but had seen an initial offer for Hugill knocked back.

The Championship club are understood to have turned down an offer of around £8m in August, so it is expected Preston's valuation will be some way higher this month.

Palace's budget for a striker this month has been between £10m and 12m. They had been trying to sign Khouma Babacar from Fiorentina and considered a move for Ashley Barnes.