Emiliano Buendia insists he is "happy" at Norwich, but Atletico Madrid are among several clubs interested in a summer transfer deal.

Valencia are also keen on the 23-year-old winger, who has stood out for the Canaries despite their relegation from the Premier League this season.

He has scored once in 37 appearances in all competitions and has attracted interest from other clubs in the Premier League.

Buendia told Sky Sports News on Monday that he is "happy" at Norwich and remains focused on finishing the final three games of the season with them.

"Everyone helped me here since the beginning," he said. "I have a contract here and I hope the club, the team and the fans get back to the Premier league as seen as possible.

"We have to be focused to finish the season well, not thinking about next season or each player in himself. Now we have to finish, we have a game tomorrow and one more at Carrow Road.

"We have to think to finish the league with our best performance."

Farke: No player has asked to leave

Norwich head coach Daniel Farke insists that none of his players have told him they wish to leave the club following confirmation of their relegation back to the Championship.

However Farke is aware that a number of his players could attract attention from other clubs, but believes that this is testament to the work he and his coaching staff have put in to develop young players at Carrow Road. 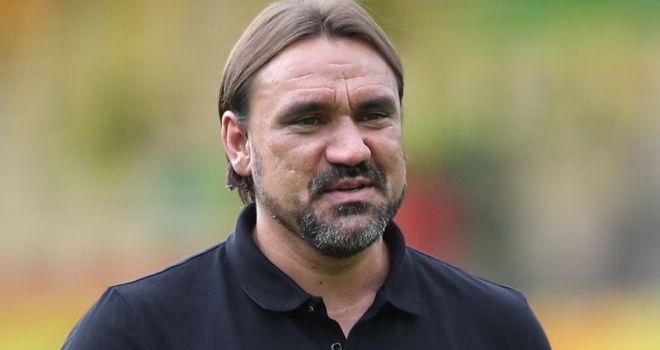 Farke told Sky Sports News: "So far no one has knocked at my door and said he wants to leave. I'm quite relaxed.

"We haven't forced them to sign a long term contract, they were fully committed when they did this and I'm quite confident that they did this also fully aware what it means.

"We are not naive, we know that we have some interesting young players. It's a good sign - it's not that I'm annoyed about this.

"It's a sign that we've done several things right and it would be a bigger problem if no one would be interested in our players. We want to be in this situation where other clubs are desperate to get our players."