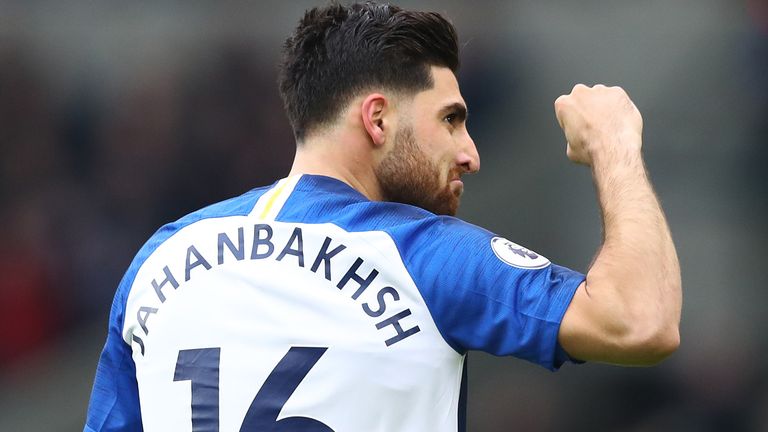 Graham Potter says he has no plans to allow Brighton's record signing Alireza Jahanbakhsh to leave the club in the January transfer window.

Jahanbakhsh, who became Albion's most expensive player when he arrived on a £17m deal from AZ Alkmaar 18 months ago, scored in the 1-1 draw with Chelsea on New Year's Day.

After the match, he spoke of the struggles he has had in adapting to life in England, but Potter says he has no plans to move the Iran international on this month.

"I see him as a player with us and one I enjoy working with," Potter told Sky Sports News. "I want to see him carry on doing what he's been doing, keep working hard and keep improving. 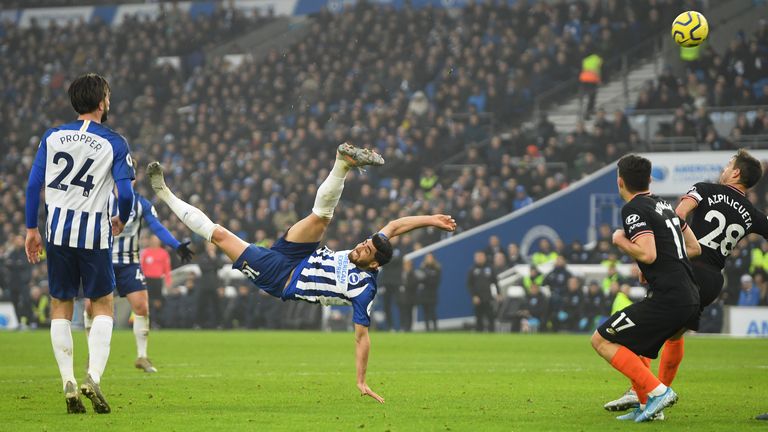 "He's getting his reward with minutes on the pitch and finally affecting the game and affecting the scoreline to contribute to a team performance.

"So I'm delighted with him and long may that continue."

The Brighton boss also confirmed he would like to keep striker Glenn Murray at the club in January in response to reported interest from Nottingham Forest.

He said: "It's news to me, I've not heard anything and Glenn has been great for us. At the same time every player wants to be out on the pitch but I have no problem with him."

Potter is anticipating a quiet transfer window at Brighton, and will be content if the club do not make any new January additions.

"The answer is always that every football club should be looking to use the transfer window to improve," he said.

"I think that's normal. From my perspective, I'm happy with the players that we've got and my job is to help them improve and get the most out of them.

"We're not at our maximum yet. If we can find someone who can help that process then okay but if not that's not a problem."