Gers boss admits there have been "unacceptable" offers for Morelos; Jermain Defoe says he hopes to act as a role model for his fellow Ibrox striker 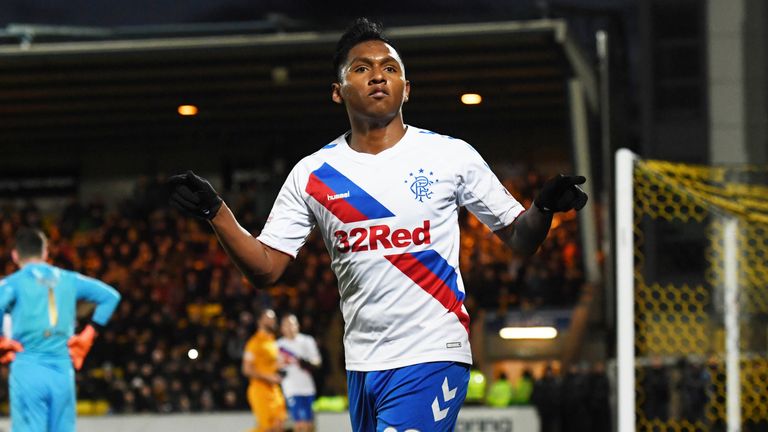 Steven Gerrard has revealed Rangers have "laughed at a couple of unacceptable bids" for Alfredo Morelos because the striker would be expensive to replace.

Morelos continued his impressive form in this campaign, scoring four goals against Kilmarnock in their 5-0 Scottish Cup fifth-round replay victory at Ibrox on Wednesday, taking his total tally to 27 goals this season.

The 22-year-old, who signed a new four-year contract at the club last summer, reportedly attracted interest from French club Nice in January, while Bordeaux and Dynamo Kiev had been previous admirers of the Colombia international. 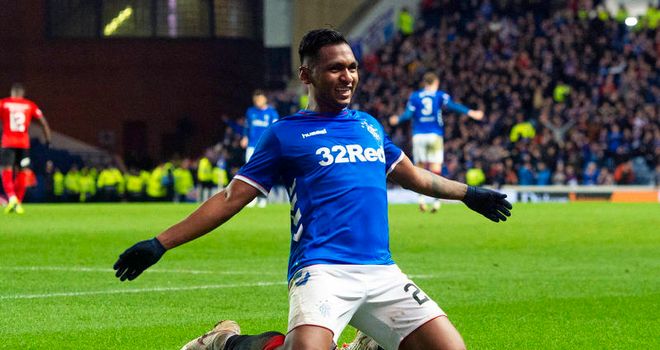 Morelos celebrates making it 5-0 against Kilmarnock on Wednesday

When asked about Morelos' value to Rangers, Gerrard said: "It would be very expensive and that is why we have laughed at a couple of unacceptable bids or rumours that have come his way.

"We are grateful for all the good players we have got and we are excited by what we are trying to do."

Morelos has even been likened to the likes of Diego Costa and Luis Suarez, but Gerrard is not keen on making such comparisons. 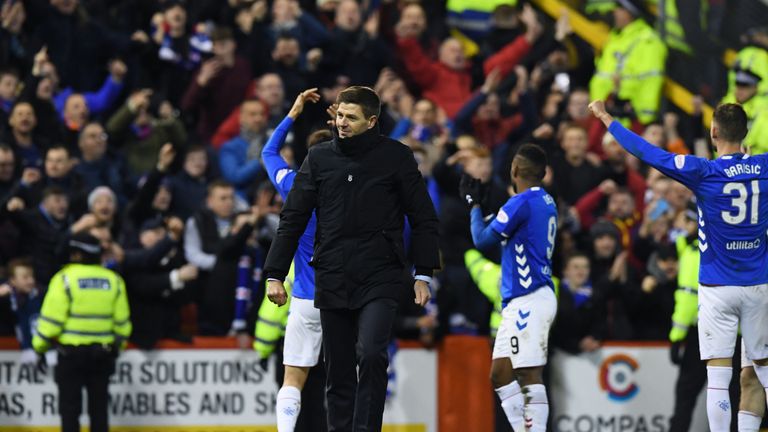 "I don't think it is fair on Alfredo to compare him to Diego Costa or Luis Suarez - he is Alfredo Morelos and deserves credit in his own right," Gerrard said.

"He is a young boy, he has come over here and is enjoying his football. The fans love him, we love him and we're trying to help and guide him in the right way. We want him to stay here for a long time and help us be successful."

The arrival of Jermain Defoe in January provided Gerrard with some more options up front and the Rangers boss is hopeful that the 36-year-old former Bournemouth striker can act as a role model for Morelos. 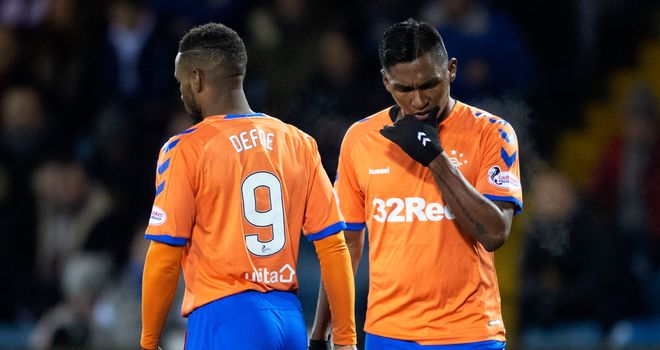 Defoe has praised Morelos on his appetite for goal scoring

"Jermain is the perfect role model for Alfredo," Gerrard said. "He [Morelos] is only 22-years-old, he is learning the game and has only just recently become an international player.

"If he can watch Jermain on a daily basis, how he lives his life and how he behaves on and off the pitch then I think Alfredo can use that to his benefit. He can go on and achieve whatever he wants to if he approaches it right."

Speaking alongside his manager at a media conference on Thursday, Defoe said: "He [Morelos] has got huge potential and a lot of quality. He is hungry to score goals and you can see that in training. That appetite is something you are born with, it is not something you can coach.

"When I was young and at West Ham, I had the likes of Les Ferdinand and Ian Wright to help me progress. Hopefully at this stage of my career I can bring something back to the younger players to try and help.

"I need a few Spanish lessons but when you have that quality and understanding sometimes you don't have to talk. He is a clever player and for someone who doesn't speak much English, he is very vocal on the pitch."