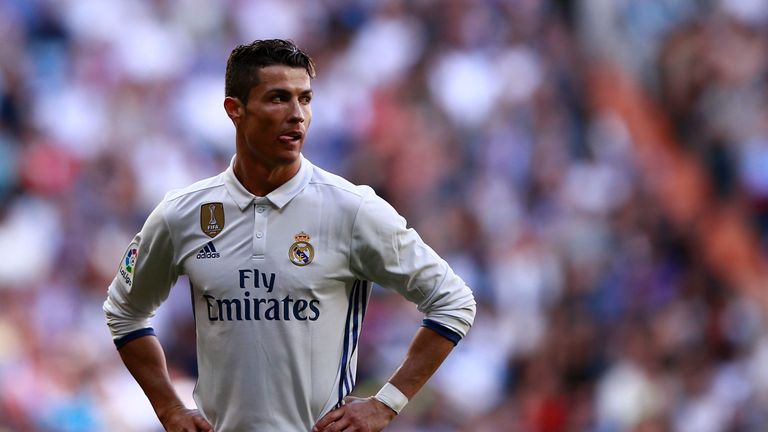 The veteran forward is understood to want to leave Spain and is interested in returning to Manchester United, having become angry about the way he has been treated by Spanish tax authorities.

""I have not spoken with him since Cardiff. All this is very strange.""

Speaking to Spanish radio station Onda Cero, he said: "I do not want to draw conclusions. I know Cristiano; he's a great guy and a professional. All this is very strange.

"I have not spoken with him since [the Champions League final in] Cardiff. I've heard everything through the newspapers.

"Not I nor anyone at Madrid is contemplating that Cristiano could leave the club. We are very relaxed about this. I have not spoken to any [other clubs]. 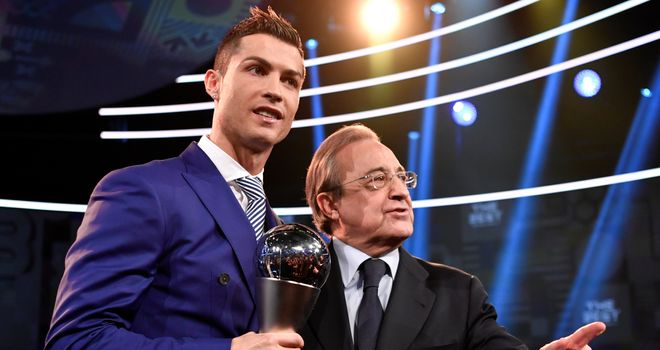 "No one has made us a single offer; not for Cristiano Ronaldo, not for Alvaro Morata, not for James Rodriguez."

Ronaldo is currently on duty with Portugal at the Confederations Cup in Russia and, according to Sky sources, he remains "fine, professional and 100 per cent committed to the national team".

Perez expects to hold talks with Ronaldo soon after the tournament's conclusion and hailed the 32-year-old's integrity as both a player and a person.

"What happened to him has affected his credibility. He will surely tell us and we will see what happens," Perez said.

"The tax issue I do not know well. Our obligation is to comply with tax duties. The principle is that, starting from that principle, and Cristiano has always had the will to fulfil because I know him as a person.

Perez also said Real Madrid have not made an offer for Kylian Mbappe, after the Monaco striker said the Spanish club had been trying to recruit him since he was 14.