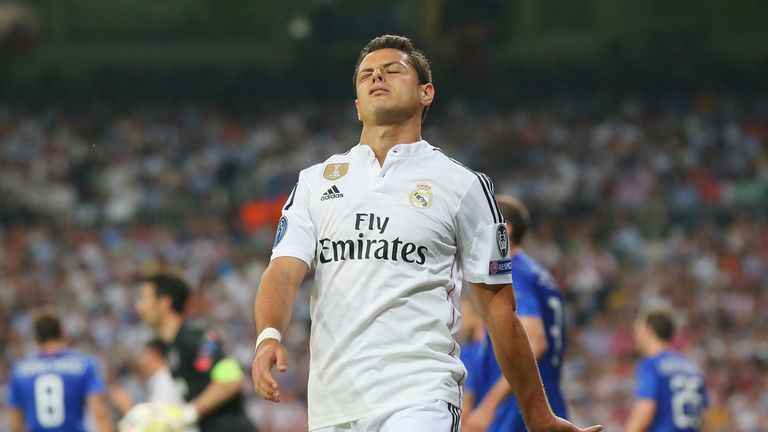 The Mexican was shipped out to Madrid last summer after he was deemed surplus to requirement by newly-appointed United manager Louis van Gaal.

However, after a bright start to life with the then-European champions, he went on to make just 13 starts in all competitions for Los Blancos before Real opted not to make his deal at the Santiago Bernabeu permanent at the end of the season.

His most important contribution during the campaign came in the Champions League quarter-finals when his late strike against city rivals Atletico Madrid sealed Real’s passage into the last four.

And, while claiming that moment provided him with relief amid the frustration that had built up since the start of his loan deal, Hernandez's lasting memory of his time in the Spanish capital was one of frustration.

“The goal against Atletico was a relief because it was a difficult year with very few opportunities,” he told Spanish sports daily AS.

“It was a release. I had to warm the bench a lot.

“My time in Madrid was massively frustrating because I did not feel important.”