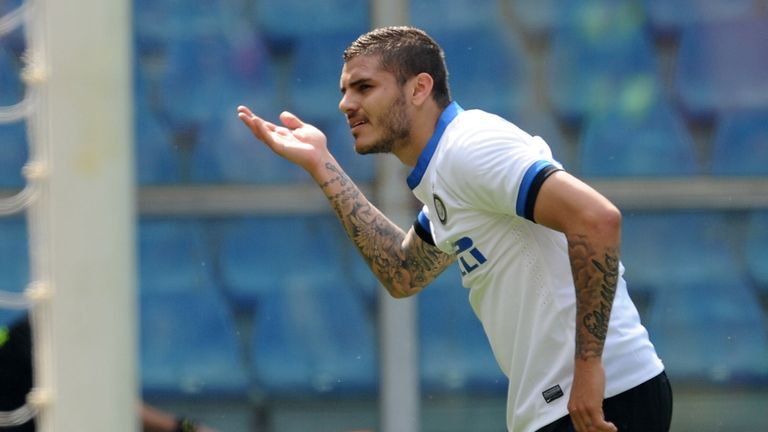 Inter Milan have completed the transfer of striker Mauro Icardi after reaching an agreement with Sampdoria.

The Argentinian joined Inter at the beginning of last season after a co-ownership deal was struck with the Blucerchiati - with the 21-year-old scoring nine goals in 22 appearances.

After a succesful spell at the San Siro, Sampdoria have confirmed that the former Barcelona academy player will join the Milan club on a permanent basis.

A statement on Sampdoria's website read: "UC Sampdoria announce to have joined an agreement with FC Internazionale for the resolution of the joint-ownership deal referred to player Mauro Icardi.

"The sporting rights of the striker are now passed in a definitive way to Nerazzurri."