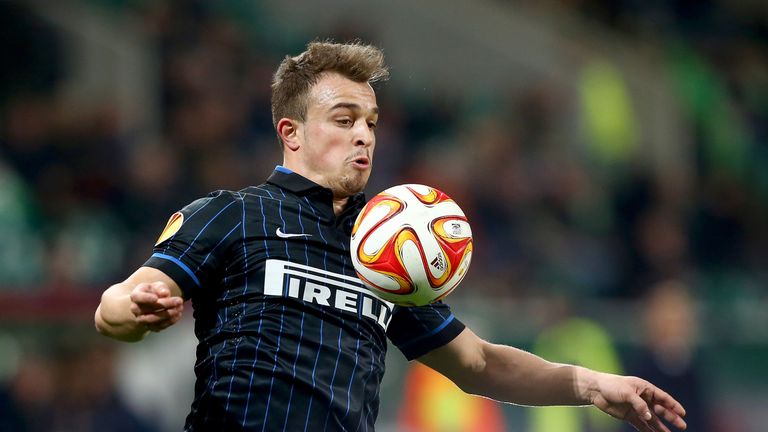 Xherdan Shaqiri has completed his move to Stoke City

Shaqiri - a Switzerland international who only joined Inter in January this year from Bayern Munich - has signed a five-year deal at the Britannia Stadium.

Stoke actually agreed the £12m fee with Inter over a month ago, but were forced to wait for a verdict from the player as to whether he wanted to move to the West Midlands.

Potters manager Mark Hughes even admitted several weeks later that they were moving on to other targets, having grown tired of waiting for the attacker to make his decision.

But Shaqiri was spotted watching Stoke's opening Premier League defeat at home to Liverpool from the Britannia Stadium's directors' box on Sunday, and he has since completed a medical and agreed his personal terms. 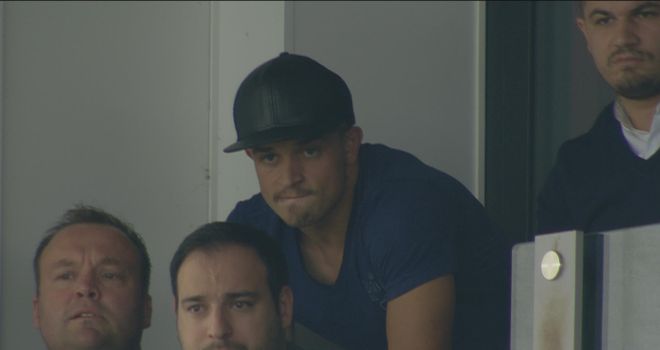 Shaqiri began his career with Basel before joining Bayern in 2012, where he two Bundesliga titles and the 2013 Champions League.

He scored 11 league goals in 26 starts for Bayern but after a good World Cup in Brazil in 2014, struggled to establish himself in the first team at the Allianz Arena.

The 23-year-old has scored 17 goals in 46 international appearances for Switzerland.