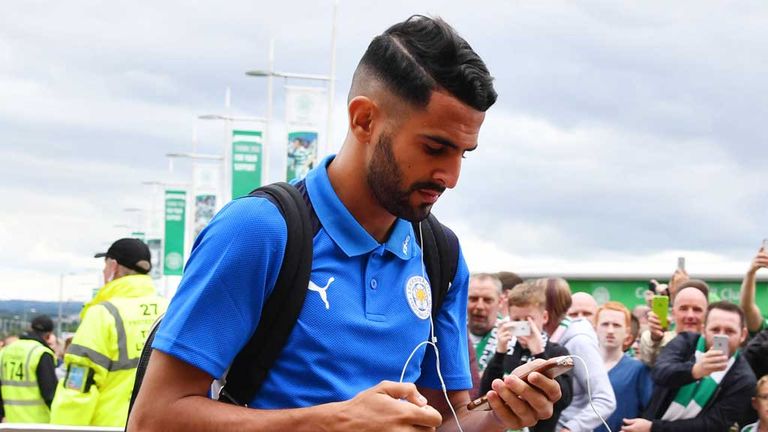 Riyad Mahrez has been heavily linked with a summer move

Riyad Mahrez has allowed himself to be distracted by speculation surrounding his future, according to Leicester boss Claudio Ranieri.

The Algeria international was outstanding last season as he scored 17 goals and added 11 assists on his way to the PFA Player of the Year award.

But he failed to shine during Leicester's 4-0 thumping by Paris Saint-Germain on Saturday and Ranieri admitted he is concerned his player's head has been turned by reports linking him with a move to Arsenal. "Maybe Riyad is distracted a bit by all of these rumours and speculation," Ranieri said. "But that is also an experience for my players.

"It is important that he understands that he should stay with us. He has to improve his fitness and play for the team as well as last season." 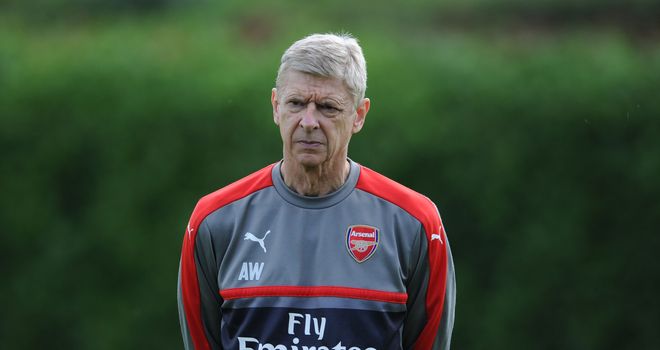 Arsene Wenger was coy when questioned about Mahrez

Arsene Wenger was in the stands on Saturday to watch Leicester, but was coy when asked if he was specifically there to scout Mahrez.

"We watch all the players. We play them in the second game of the championship so of course it is a good opportunity for us tonight to see them," Wenger told beIN SPORTS.

"I cannot give you a yes or a no [on Mahrez interest] because we do not publicise out transfer interest. The best way to make things happen is to keep it as secret as possible.

Wenger has already been rebuffed by one Leicester star this summer, as Jamie Vardy rejected Arsenal after they triggered a release clause in his contract with a £20m bid.

Leicester begin the defence of their Premier League title with a trip to Hull City on Saturday August 13, live on Sky Sports 1 HD, before hosting Arsenal a week later.