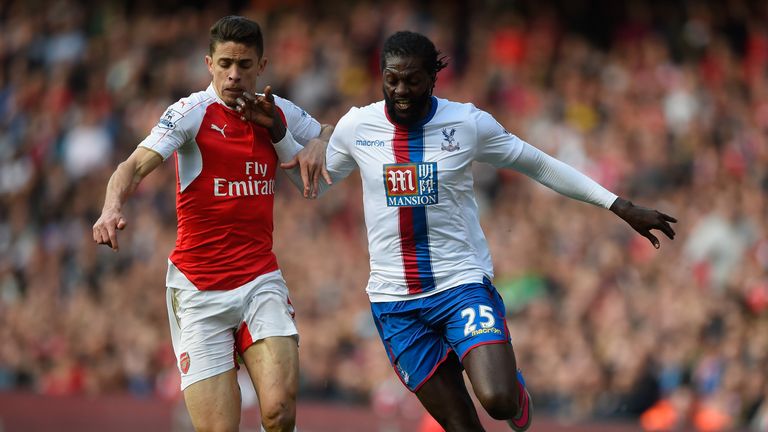 Fulham are in discussions with striker Emmanuel Adebayor, according to Sky sources.

The 32-year-old is available on a free transfer after his short-term contract with Crystal Palace expired at the end of the season.

Fulham do not need to secure Adebayor on Deadline Day as he is a free agent.

The former Arsenal, Manchester City and Tottenham forward made seven appearances and scored one goal for Alan Pardew's side after joining on a six-month deal in January.

Adebayor, who in May told Sky Sports he hoped to stay with Palace, was reported to be of interested to Turkish side Caykur Rizespor earlier this month.

Rizespor coach Hikmet Karaman claimed a deal had been 'agreed in principle' to reunite Adebayor with former Arsenal team-mate Mathieu Flamini at the Super Lig club.

On Monday, Fulham joined Wolves in bidding for Derby striker Chris Martin, according to Sky sources.

Meanwhile, Adebayor's most recent club, Palace, are in a tussle with Bournemouth over the loan signing of Arsenal midfielder Jack Wilshere.

Watch live Premier League football, the Ryder Cup, and the last eight races of the F1 season on Sky Sports for three months half price.