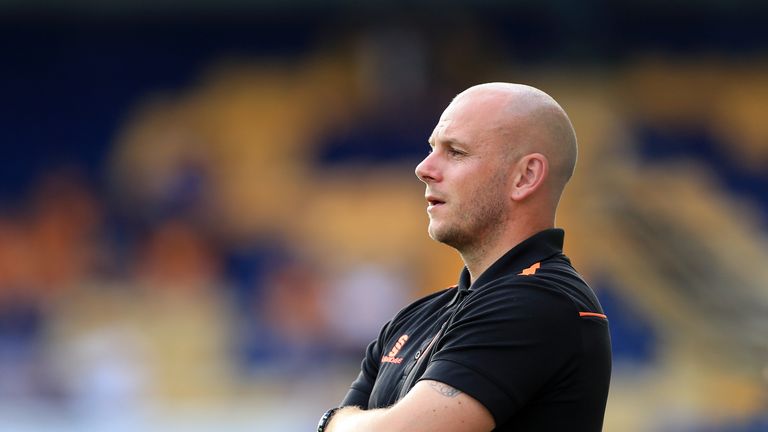 Adam Murray: Pleased with new addition to his Mansfield squad

Mansfield have secured the services of defender Alex Iacovitti on loan from Nottingham Forest until the end of the season, subject to EFL approval.

A hamstring injury to Kyle Howkins in the Checkatrade Trophy loss to Doncaster persuaded manager Adam Murray to bolster his squad with the teenager.

The 18-year-old, who can play at either centre-back or left-back, made his first-team debut for Forest at the start of the season, and has two appearances to his name.

He has agreed a one-year stay with the Stags, and Murray admitted he had to move quickly to secure his man.

He said: "It's been an eventful day. We've had to move very quickly in the market to get this one over the line. We've managed to push it through and our thanks are extended to Nottingham Forest, Jack Lester and Gary Brazil, in particular.

"We have kept an eye on Alex for a while. He has a very good presence about him. He is left-footed, which will give us balance. He's an old-school centre half who can play and has good pace."