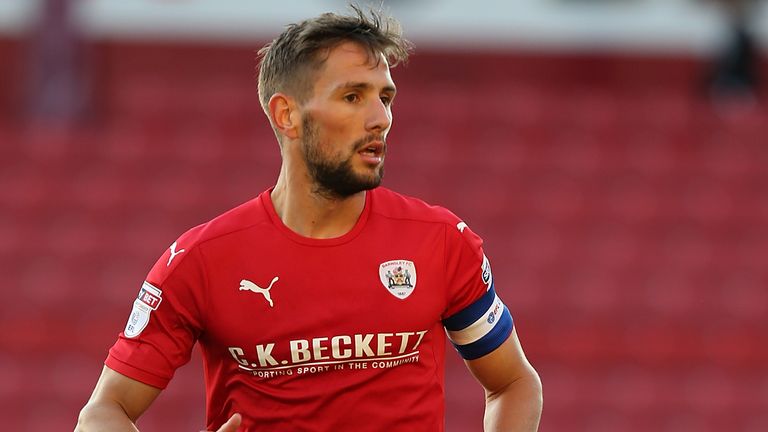 Aston Villa have completed the signing of midfielder Conor Hourihane from Barnsley for an undisclosed fee.

The 25-year-old has signed a three-and-a-half year deal at Villa Park and becomes manager Steve Bruce's fifth signing of the January transfer window.

Hourihane will link up with former Barnsley team-mate James Bree, who completed his move to Villa on Wednesday.

"I'm really pleased to be here," he told the club's website.

"Aston Villa are a massive club and I'm looking forward to a new chapter in my career and developing further as a player under Steve Bruce.

"I would like to say a heartfelt thank you to everyone connected to Barnsley Football Club; from the owner, to the head coach, the backroom staff, and of course to the supporters who have been amazing to me throughout my time at Oakwell."

He helped Barnsley secure promotion to the Sky Bet Championship via the play-offs last season, playing the full 90 minutes as the Tykes defeated Millwall 3-1 at Wembley. The Irishman has scored six times in 28 appearances this season with Barnsley currently eighth in the Championship, four points off the play-off positions.