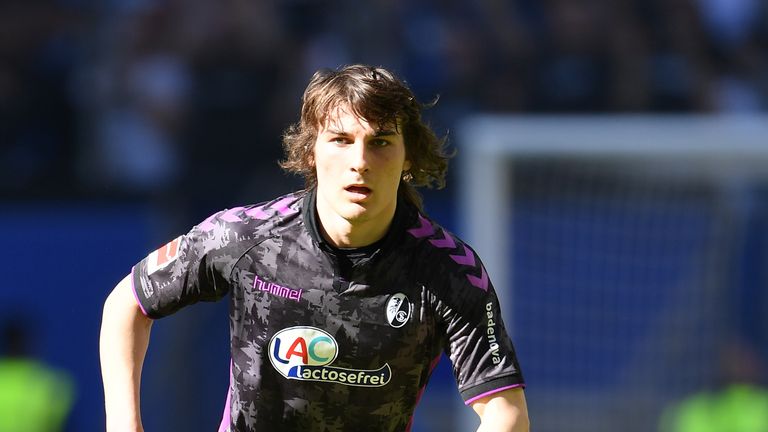 Freiburg's Caglar Soyuncu is being pursued by several European clubs

Arsenal are one of a number of Premier League clubs interested in Freiburg defender Caglar Soyuncu, Sky Sports News understands.

The 22-year-old centre back has made 55 appearances for Freiburg since joining in 2016 and has been capped 15 times by Turkey.

Soyuncu's agent, Mustafa Dogru, told Turkish-Football.com: "Sven Mislintat (Arsenal head of recruitment) has been keen on Caglar since he was at Borussia Dortmund.

"There are concrete talks - all that remains is for a fee to be agreed."

Arsenal have already bolstered their defensive ranks with the addition of right-back Stephan Lichtsteiner from Juventus on a free transfer.

Arsenal are in talks with Sampdoria for midfielder Lucas Torreira and an agreement is close, according to Sky Italy.