Fulham in talks to sign Jordan Ayew from Swansea 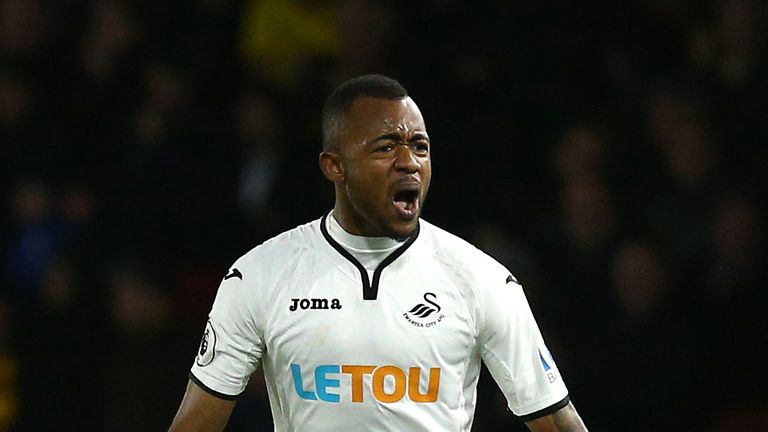 Jordan Ayew could be on his way to Fulham

Sky Sports News have been told the Cottagers have made a bid in the region of £8m for the Ghana international, who was Swansea's top scorer last season with 11, including seven in the Premier League.

The fifth episode from the new series of our Transfer Talk podcast is here!

Ayew has been linked with several clubs since Swansea were relegated and joins the likes of goalkeeper Lukasz Fabianski and defender Alfie Mawson who look likely to leave South Wales.

Ayew joined Swansea from Aston Villa in January 2017 and played alongside his older brother Andre.