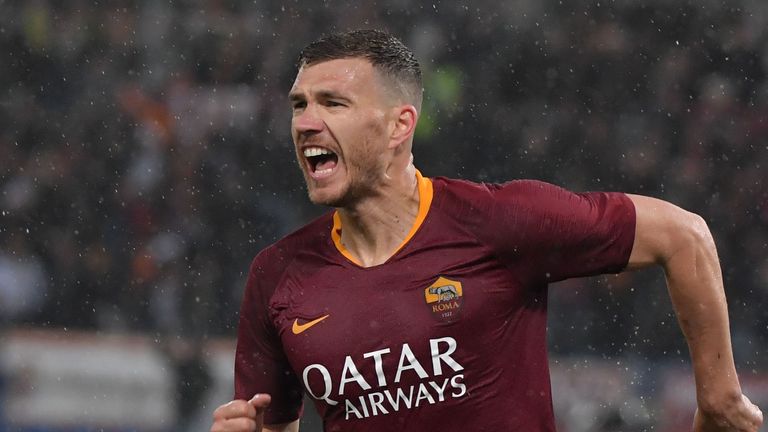 West Ham have been offered the chance to sign Roma striker Edin Dzeko, according to Sky sources.

The 33-year-old's contract with the Serie A side expires at the end of next season and he is yet to sign an extension.

He has scored 86 goals in 171 appearances in all competitions during his four years with Roma. If the Bosnia international makes the move to West Ham, he will be reunited with former City manager Manuel Pellegrini.

Dzeko scored 32 goals in 80 matches under Pellegrini, helping City to win the Premier League title during the 2013/14 campaign.