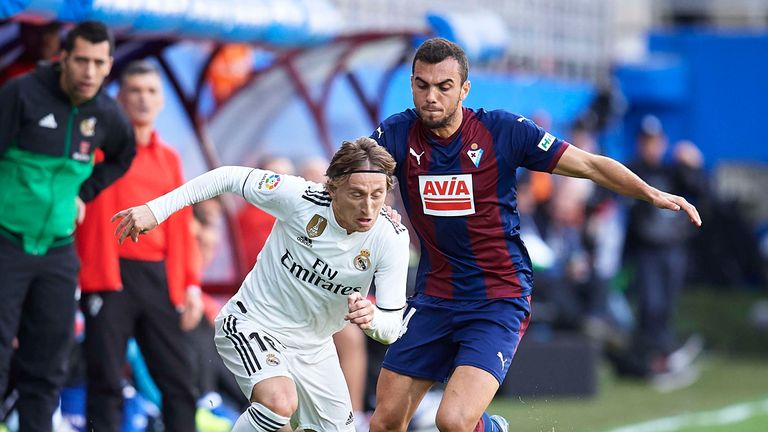 24-year-old Jordan has made 75 appearances for the La Liga club across two seasons, having begun his career with Espanyol.

The Hammers are targeting him for competition in midfield and he could be one of as many as four players to join from Spain this summer.

Having already completed the signings of Pablo Fornals for £25m from Villarreal and Espanyol goalkeeper Roberto on a free transfer, the East London club are set to move forward with a deal for Celta Vigo striker Maxi Gomez after seeing a £29m offer accepted.

Valencia are also understood to have had the same offer accepted by their La Liga rivals, which includes add-ons.

The 22-year-old has been a target for the Hammers since last summer. Extensive talks were also held in January but the Spanish club wanted his £43.3m release clause met.

West Ham have also been bidding for Lorient and France U20 forward Alexis Claude-Maurice and held talks over a potential deal for Marseille midfielder Morgan Sanson.

They had been bidding for Barcelona's Andre Gomes, but he is understood to prefer a move back to Everton, while the Hammers are also one of the clubs keen on a permanent deal for Nathaniel Clyne.