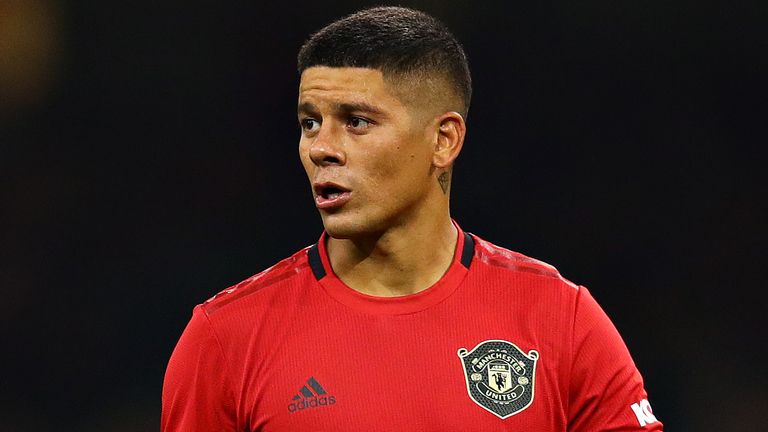 Marcos Rojo will not be leaving Manchester United for Everton

Everton will not be signing Marcos Rojo after failing to meet Manchester United's asking price for the defender, Sky Sports News understands

The 29-year-old emerged as Everton's main target at centre-back after Chelsea refused to sell Kurt Zouma, who had spent last season on loan at Goodison Park.

However, hopes of a Deadline Day deal fell through as Everton baulked at the fee United were demanding for the Argentine international, who can play both in the centre or on the left side of defence. 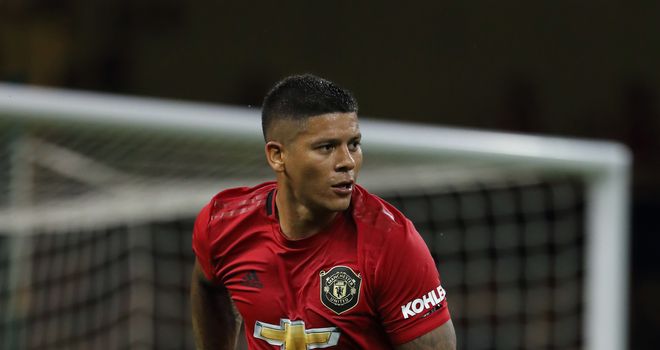 It is the second consecutive summer that Everton have failed in a Deadline-Day attempt to sign Rojo, who has fallen out of favour at Old Trafford under Ole Gunnar Solskjaer.

With Harry Maguire's arrival having pushed Rojo even further down the pecking order at United, he looks set to begin the season behind Victor Lindelof, Chris Smalling, Phil Jones and possibly even Axel Tuanzebe - with Eric Bailly also to return from injury in mid-season.

Rojo has two years remaining on his contract at Old Trafford with the option to extend his deal by a further year.