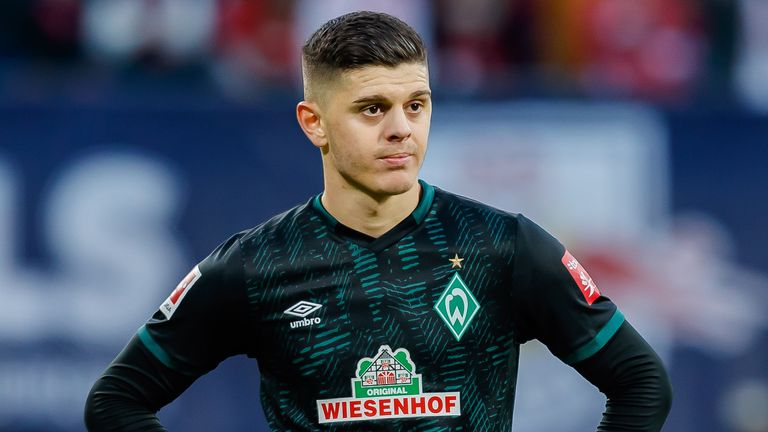 Liverpool had been keen on Werder Bremen star Milot Rashica

Aston Villa, Brighton, West Ham and Wolves are all said to be keen on the 23-year-old ahead of the summer transfer window.

The Premier League-leaders were also admirers of Rashica earlier in the year but they signed Takumi Minamino - a player of similar profile - from Red Bull Salzburg in January.

Rashica, who has scored seven goals in 20 Bundesliga games this season, is also of interest to top German clubs Borussia Dortmund and RB Leipzig.

He is considered one of Kosovo's brightest talents, with 25 caps and four goals, and played against England in the recent European Qualifier in Pristina.

Rashica came through the youth ranks at FC Vushtrria before joining Vitesse Arnhem in the Netherlands as an 18-year-old.