Yerson Mosquera has joined Wolves on a five-year deal from Atletico Nacional; 20-year-old centre-back helped his club to top the league standings in his first full season at his homeland club; Bruno Lage "involved in process" behind signing 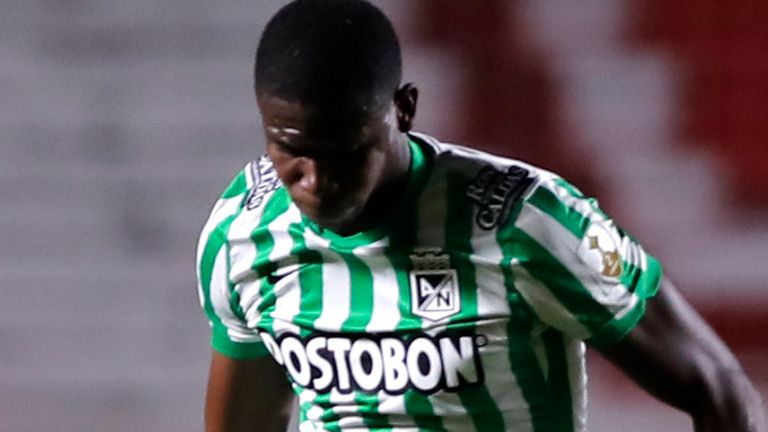 Mosquera, 20, has joined on a five-year deal from Atletico Nacional in his homeland, subject to a medical and work permit.

Wolves did not disclose the transfer fee for Mosquera, who made his professional debut in 2020 and has recently begun training with the Colombia national team.

"He's certainly a player with a high ceiling, someone who is highly regarded in Colombia and we believe the attributes he has will fit very well into the Premier League and into our squad," Sellars added.

During his first full season at Nacional, the centre-back helped his club to top the Colombian top-flight league standings, while he played regularly in their Copa Libertadores campaign.

The arrival of Mosquera, who will link up with Lage's squad ahead of the 2021/22 Premier League season next month, is as a result of new government rules which allow access to young talent outside the EU.

Sellars said: "Before Brexit, we couldn't go into South America unless it was to buy very established players.

"We would've had to wait for a player to spend time developing at another club, and for their value to go up substantially before we could bring them in."