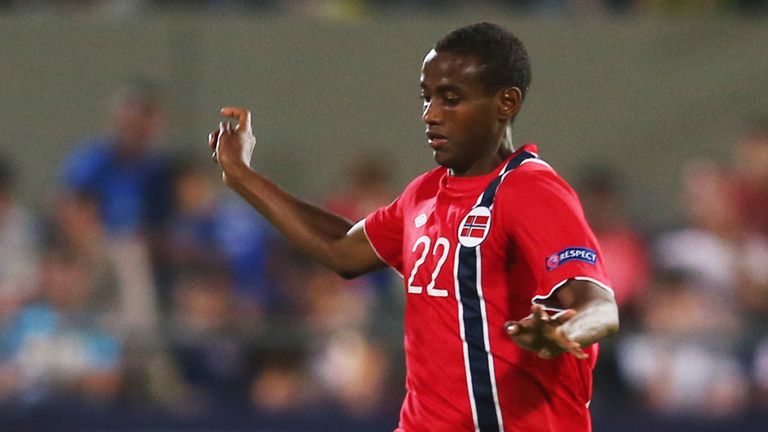 The 22-year-old Norway Under-21 international, who recently voiced his

frustration at a lack of first-team opportunities at the Etihad Stadium, has

been linked with a move to Olympiakos in Greece this month.

His situation has also reportedly been monitored by other Premier League clubs.

Ibrahim joined City in 2007 but made just three first-team appearances, all in 2010, including one off the bench in a Premier League game against Liverpool in February that year.

A statement on City's Twitter account read: "The club can confirm that Abdisalam Ibrahim has been released from his contract. We wish him well for the future."

Ibrahim spent most of last year on loan with Stromsgodset, with whom he won the Norwegian Tippeligaen title.