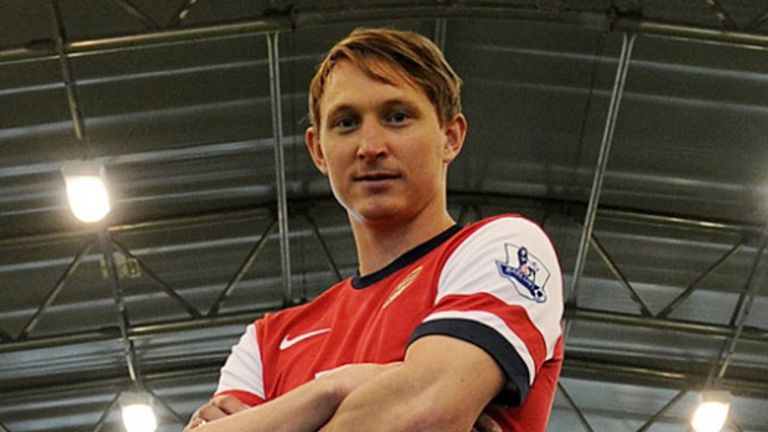 Kim Kallstrom has admitted that joining Arsenal on the final day of the January transfer window was "bewildering".

The 31-year-old midfielder moved to the London outfit on loan from Spartak Moscow, despite showing a back problem during his medical.

The Sweden international was on the bench during Arsenal's 6-0 hammering by Chelsea at Stamford Bridge in the Premier League on Saturday and could make his debut against Swansea City on Tuesday.

"Then everyone at Arsenal took care of me very well, it's been great care and rehabilitation.

"Everything has been well managed and I have received good care and rehabilitation. It has gone very well.

"It was surprising. It was nothing I had expected. Of course I was surprised.

"I've had a good career, they needed an experienced player and I fit the profile and took the opportunity."