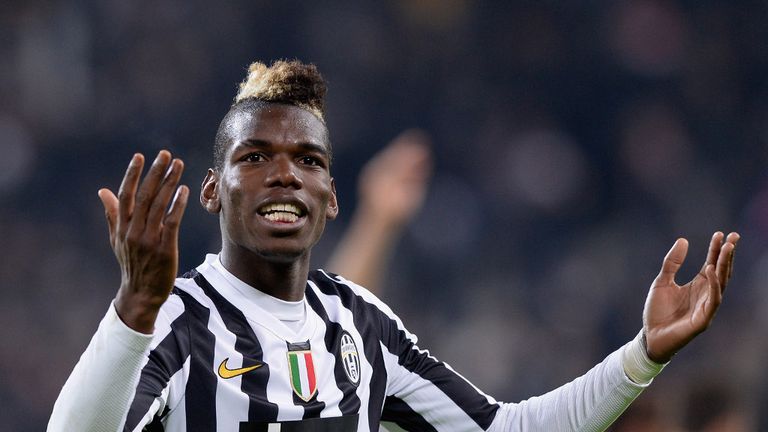 Paul Pogba: The Juventus midfielder won't negotiate a contract extension until after the World Cup

Paul Pogba's agent Mino Raiola says talks over extending the midfielder's contract at Juventus are on hold until after the World Cup.

The former Manchester United man has scored seven goals for the reigning Italian champions so far this season as they continue their march towards claiming their third consecutive Serie A title.

And Raiola insists the France international midfielder only has thoughts on helping the Turin giants to the Scudetto title as well as the Europa League, in which they face Lyon in the quarter-finals.

"After that he will focus on the World Cup so it's only fair that he's thinking about what's happened on the pitch over the next couple of months.

"He is still contracted to the club until 2016, which is a long contract, so there is no real hurry to extend it.

"He doesn't want to leave, but everything is postponed until after the World Cup finals in Brazil."