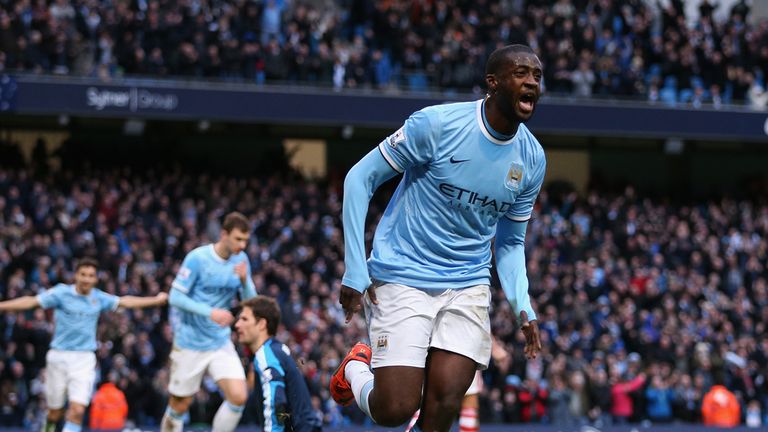 Yaya Toure's agent has told Sky Sports News that the midfielder will stay at Manchester City if he is offered a role within the club when he finishes playing.

The Ivory Coast international's future at the Etihad Stadium has been thrown into doubt after Dimitry Seluk claimed his client felt underappreciated and disrespected at City.

Seluk suggested that one of main reasons for Toure's unhappiness was the club's failure to mark his 31st birthday last week.

Yaya Toure's agent Dimitry Seluk says that Yaya Toure would be happy if Manchester City offered him a coaching role when he finishes his playing career.

But in an interview with Sky Sports News, the Ukrainian claimed Toure would be more than happy to stay should he be promised a coaching position or sporting director's role when he hangs up his boots.

Seluk said: "Of course. Like Real Madrid did with (Zinedine) Zidane for example. Zidane played then after that he started working for the club.

"Yaya needs the club in the future.

"Yaya needs the club in the future. We don't want any more pounds, not a longer contract, nothing like this, only really attention."

"We don't want any more pounds, not a longer contract, nothing like this, only really attention.

"More attention (paid) to Yaya and Yaya must feel happy at the club - that's the main thing.

"I'll tell you one more time, we don't need one more pound in the contract."

Toure initially appeared to contradict claims from Seluk that he could quit the club this summer after his outspoken agent claimed City had failed to celebrate his birthday adequately.

But the player quickly backtracked and made statements in favour of his agent.

Jamie Redknapp and Matt Le Tissier give their thoughts on Yaya Toure's situation at Manchester City.

A video published by City last week in which Toure was presented with a birthday cake has since been widely circulated while many also pointed out that the club had posted a happy birthday message on Twitter.

Seluk later clarified his remarks, saying that Toure was disappointed nobody from a senior position at the club wished him happy birthday.

"This is the question. If you don't even congratulate the player or send flowers to his wife or mother - these are just small things."