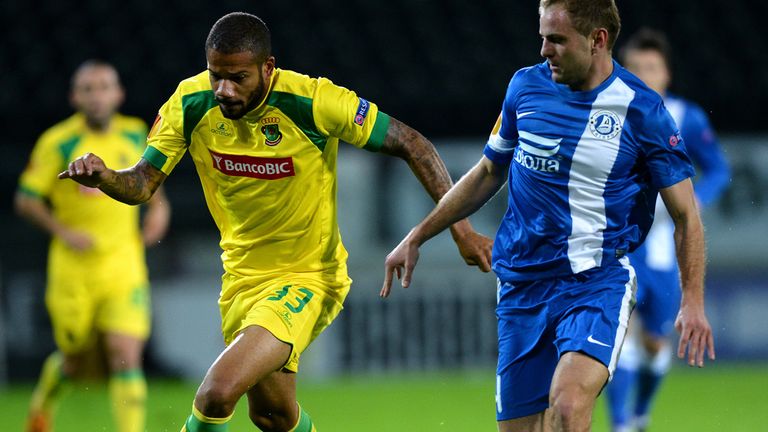 Bebe: Keen to make his mark at Manchester United next season

Bebe hopes to convince Louis van Gaal that he can play a part at Manchester United after a successful season on loan at Pacos de Ferreira.

The Portuguese forward has been in fine form for Pacos and scored the opening goal in their relegation play-off against Desportivo das Aves to help secure the club's top-flight survival.

He has been loaned out three times, having previously had stints with Besiktas and Rio Ave, and feels he is a better player now than the one who struggled to make an impact at Old Trafford following his arrival in 2010.

And Bebe has set his sights on a place in Van Gaal's squad for next season as the new United manager considers his options.

"Now my objective is to go back to Man Utd to try and convince the new coach that I have a chance in the team," the 23-year-old told the Portuguese press.

Bebe has also been linked in the past few days with a switch to Benfica.