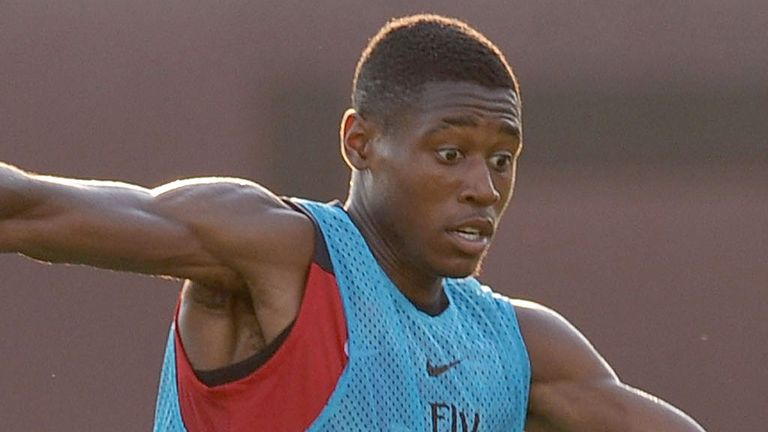 Chuks Aneke: Being eyed by Leeds

Aneke is out of contract at the end of this month and he seems set to leave Arsenal.

The news has alerted a host of clubs to the midfielder's availability, with Aneke highly regarded at Arsenal.

The 20-year-old has impressed during the last two seasons on loan at Crewe, scoring 16 goals last season for the Alex to help them secure League One survival last term.

Crewe are keen to make Aneke's move permanent, but accept they face stiff competition from higher up the football pyramid for the former England Under-19 international's signature.

Several Championship sides are thought to have expressed an interest in Aneke, but Leeds are hoping to steal a march on their rivals as they see the player as a real bargain on a free transfer.