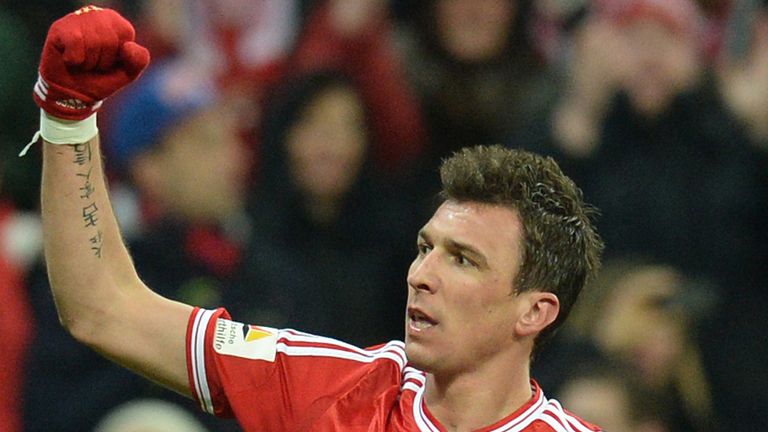 Wolfsburg's director of sport Klaus Allofs has ruled out a return for Mario Mandzukic amid rumours they had held talks with the unsettled Bayern Munich striker.

The Croatian is surplus to requirements at Bayern following the arrival of Robert Lewandowski from Borussia Dortmund and he has already said he will be seeking a move this summer.

Clubs in England and Italy have been linked with the 28-year-old, who scored two goals on his debut at the World Cup this week, while the Wolves had emerged as the latest club to be linked with him.

Mandzukic moved from Wolfsburg to Bayern just two summers ago and Allofs says a return is out of the question.

"It's just a false announcement, there is no truth to it in the slightest," Allofs told Sport1 television.

"I think our board of directors have already said what needs to be said about it: we have not had any contact with the player."

While Mandzukic may not feature on the Wolves' wishlist, Allofs admits they are on the lookout for a new forward.

Ivica Olic has recently extended his contract by two years while Aaron Hunt is arriving from Werder Bremen, but with Europa League football also on the agenda next season, coach Dieter Hecking needs at least one more option.

"We are looking around for a new forward," added Allofs.