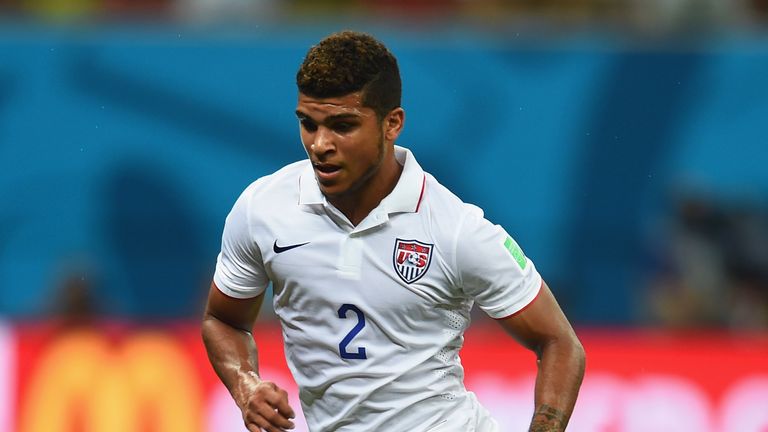 DeAndre Yedlin: Impressed for the USA in Brazil

There is interest from every top league in Europe following Yedlin’s displays in Brazil – particularly his performance against Belgium after replacing the injured Fabian Johnson.

Sky Sports can reveal that three clubs have now made an official move to MLS for the 21-year-old full-back as he looks unlikely to be returning to play for Seattle Sounders.

It is understood Italian duo Roma and Napoli and Belgian champions Anderlecht have all made firm offers for Yedlin.

A spokesman for James Grant Group, who represent the player, confirmed to Sky Sports that talks were ongoing over his future.

"DeAndre is now back in America following the World Cup, and yes talks are ongoing over his future as there are a number of options for him – but as yet nothing is decided," said the spokesman.

The player himself said on his arrival back in the USA that he was leaving the situation with his agents.

"They'll obviously get back to me on that information but for right now I'm just focused on Seattle."

Seattle coach Sigi Smid added: "How many 21-year-old right backs have three World Cup games under their belt? That's a very exclusive market. It's something that we are proud of."
Sky Bet