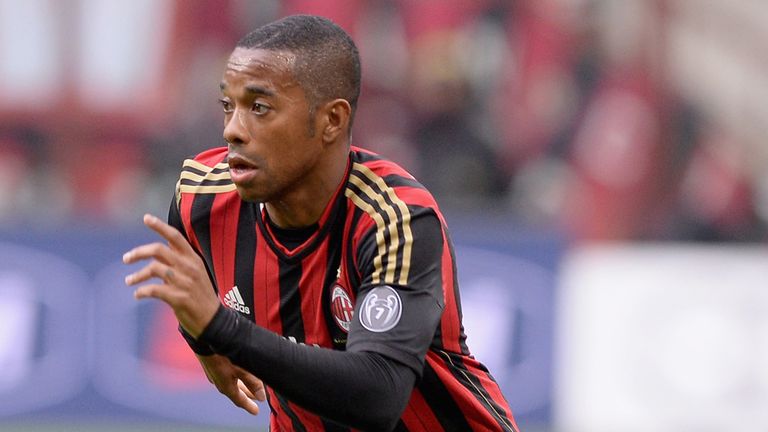 Robinho: Under contract with the Italian giants until June 2016

The 30-year-old is under contract with the Italian giants until June 2016 but has expressed his wish to leave the San Siro outfit this summer after four years at the club.

"There is a negotiation in place with Orlando, the same club that Kaka joined.

"They are keen to take Robinho and the player is willing to leave.

"We are not close to completing the deal so we shall see.

"In any case we have an excellent rapport with Robinho."

Should Robinho succeed, he will team up with former AC Milan teammate and fellow Brazilian Kaka.

The 32-year-old midfielder had only returned to the San Siro last summer after four years at Real Madrid.