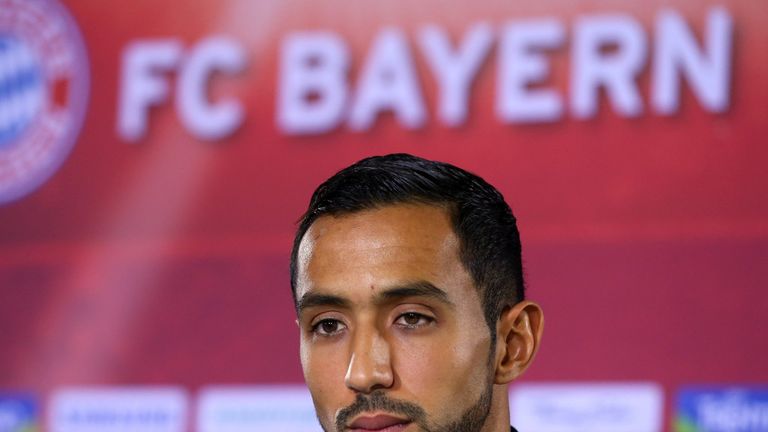 After penning a five-year deal with Bundesliga champions Bayern Munich, centre-back Mehdi Benatia has revealed Manchester City, Chelsea, Barcelona and Real Madrid were all in the race for his signature.

Morocco international Benatia joined Bayern from Roma for a fee reported to be in the region of 26 million euros during the summer transfer window.

Despite relishing the opportunity to join the German champions, the 27-year-old defender was infuriated by Roma’s reasons for selling him mid-contract.

The Serie A club’s sporting director Walter Sabatini admitted Roma had little option but to sell given their financial situation.

“Walter Sabatini told me the club wanted to keep me, but that they needed to earn money so he had to sell me,” he told German publication Kicker.

“This got me mad because I wanted to stay.”

Although disappointed at having to leave the Stadio Olimpico, Benatia was delighted to attract interest from top European clubs, but claims the decision was not difficult.

“When Bayern arrived I understood I couldn’t miss this opportunity,” he claimed.

“Also Manchester City and Chelsea wanted me, but the club also had requests from Barcelona and Real Madrid.

“But the choice of the Bundesliga hasn’t been too difficult. Bayern is a top club. They give the possibility to challenge in all competitions.”