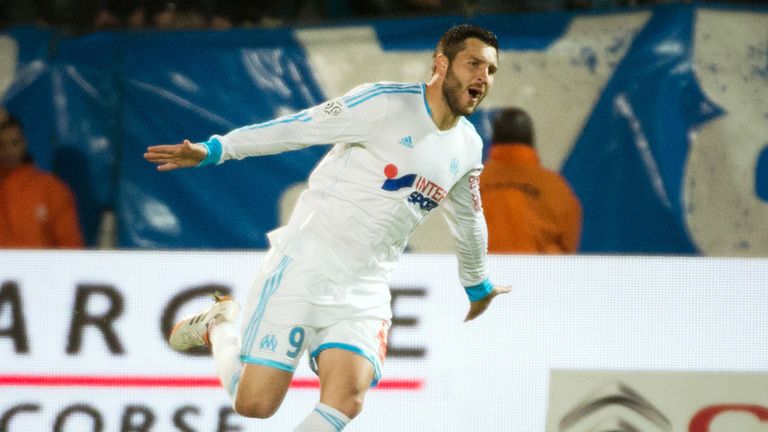 Andre-Pierre Gignac: Been in prolific form for Marseille this season

Marseille striker Andre-Pierre Gignac is a perfect fit for either Arsenal or Liverpool, according to the Frenchman’s agent.

After a blistering start to the Ligue 1 season with Marseille, where the 29-year-old has scored eight goals in as many games, Gignac has once again attracted admiring glances from afar.

The Gunners are still thought to be keen on bolstering their strikeforce due to Olivier Giroud’s continuing injury problems, and with the Reds struggling for goals in the early stages of the season, a move for a proven goalscorer like Gignac could be an option for boss Brendan Rodgers.

Marseille are also looking to cut the wage bill at the Stade Voledrome, and Gignac may be sacrificed in such a move.

"Given the fact that he is not very old, he has a real market value," agent Christopher Hutteau told L'Equipe.

"This is a striker with a relatively atypical profile, responsive to the physical challenge, the archetypal player who can succeed at a big club.