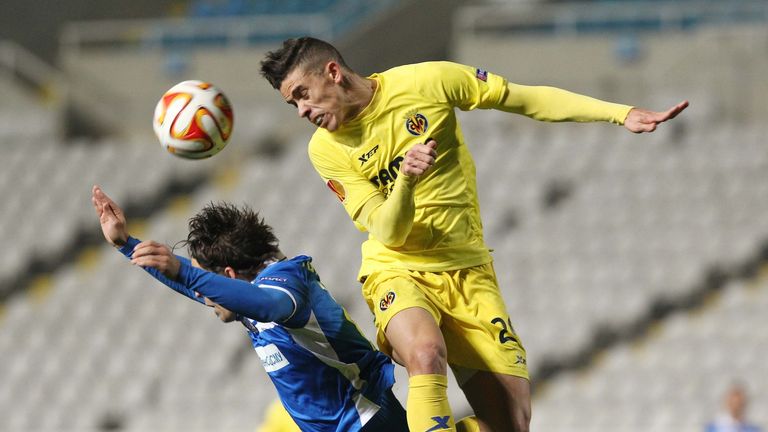 Gabriel Paulista: Villarreal defender is in talks with Arsenal

Arsene Wenger has confirmed Arsenal are holding talks with Villarreal over the signing of defender Gabriel Paulista.

The 24-year-old centre-half has a £15m release clause in his contract with the Spanish club.

Wenger refused to confirm if Arsenal are willing to meet that in January, but concedes he is keen to secure the Brazilian.

“The talks are progressing quite well. I don’t think there is need to say much more,” he said. "We are talking at the moment, whether we can find an agreement or not, I don’t know.

“We are slowly progressing, but there is a chance. At the moment we are talking. The 20 million is euros, it’s £15m to transform the amount.

“We are ready to pay the price we think right for a good player, no matter what the price is. If we think it’s the right price we will pay.”

Arsenal have already signed midfielder Krystian Bielik from Legia Warsaw, although the teenager is not expected to be rushed into the first team.

Wenger said: “He’s just come from Poland, he’s just turned 17, he’s not fit because they had the winter break in Poland. That is quite long, so he’s at the start of getting back to full fitness, he’s not ready for three weeks.”

Although Bielik can play in a defensive role, Wenger insists he will play as a holding midfielder.

”Defensive midfield, without any question,” he replied, when asked on his plans to utilise the Pole.