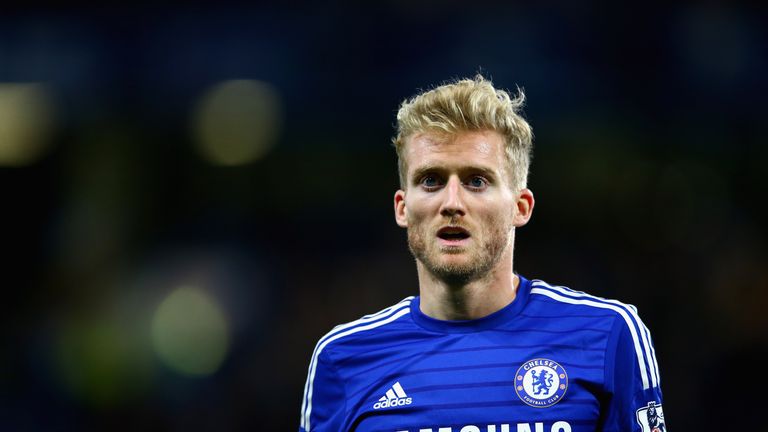 Andre Schurrle: Struggled to get into Chelsea's starting XI this season

Wolfsburg have completed the signing of Chelsea and Germany forward Andre Schurrle.

The 24-year-old has struggled for regular first-team football this season and has signed a four-and-a-half year deal with the Bundesliga side.

Schurrle has made a total of 22 appearances for Jose Mourinho's side this season, scoring five goals, but has made completed 90 minutes in the Premier League just once.

"We know a contract was in place a week ago. Wolfsburg were very relaxed and willing to pay 28m to 30m euros."

Wolfsburg are second in the Bundesliga and returned from their winter break with a stunning 4-1 win over leaders Bayern Munich at the weekend.

"Wolfsburg are really building up a squad to attack Bayern," added Marcour.

"They want to be the second force in the Bundesliga and this signing is a sign to watch out.

"It will definitely be the biggest transfer in Germany in this window."

The former Mainz player joined Chelsea from Bayer Leverkusen on a five-year deal in 2011.

He was part of Germany's World Cup-winning squad, scoring two goals in the 7-1 semi-final victory over Brazil and coming on for Christoph Kramer as a first-half substitute in the final against Argentina.

Schurrle's exit from Stamford Bridge is expected to pave the way for Fiorentina winger Juan Cuadrado to join the club.