Petr Cech told by Chelsea he can speak to other clubs, says agent 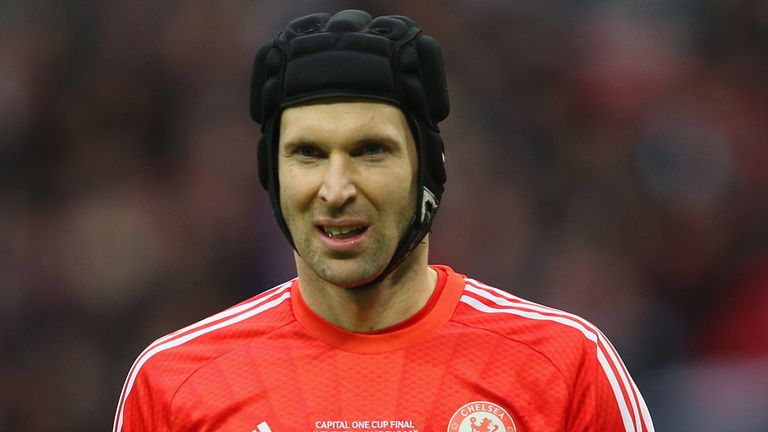 Chelsea have freed Petr Cech to speak to interested clubs, according to the goalkeeper's agent Victor Kolar.

The 32-year-old has started just four times in the Premier League this season, having lost his place to Thibault Courtois.

Cech said earlier this year that he would not be prepared to spend another season as second choice and would be open to discussing offers from other clubs amid reported interest from Real Madrid, Arsenal and Paris Saint-Germain.

The experienced 'keeper has a year left on his contract but his representative said: "I can confirm that we have been permitted by Chelsea to negotiate with interested parties.

"Petr has confirmed his interest to play regularly at a top club. That's the task that we are now working on, but other than that there has not been any other change in terms of his employment.

"He still has a year left on his contract and the transfer period only begins on July 1."

Cech, who has 112 caps for the Czech Republic, was signed for £7m from French Ligue 1 side Rennes in 2004 and had been Chelsea's first-choice goalkeeper since his inaugural season until last summer.

During his time at Stamford Bridge he has made 493 appearances, winning the Champions League, the Europa League, four Premier League titles, four FA Cups and three League Cups.