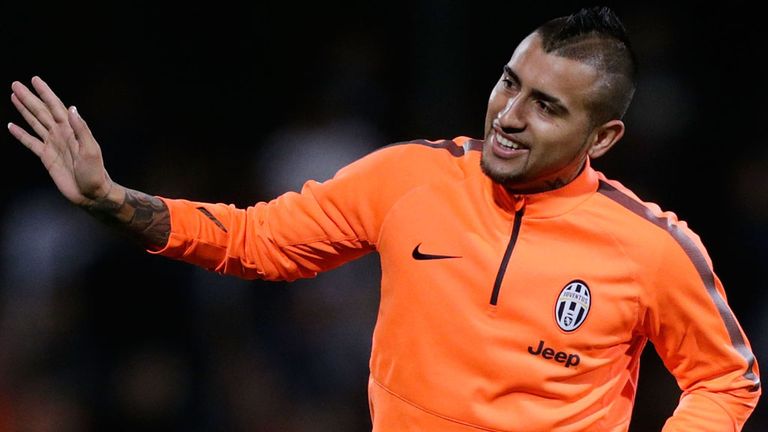 Vidal was strongly linked with a move to the Premier League side all summer, but he remained in Turin when the transfer window slammed shut on Monday night.

Allegri, who took charge at Juventus in the summer, admits he was always confident that Vidal would remain at the club after being reassured by the Bianconeri hierarchy that they had no plans to offload the Chile international.

"Vidal? He was never on the market. The club told me from the start that he would stay."

"Vidal? He was never on the market," Allegri told Sky Italia. "The club told me from the start that he would stay."

Allegri also admitted he was happy with the club's summer transfer business despite reportedly missing out on several big-name targets.

"I'm happy with the business the club did," added Allegri. "The aim was to carry out targeted operations, not to buy just for the sake of buying. Ours was an intelligent transfer market.

"We would have only done something more if we had found a player that would have really lifted the level of the squad."