West Ham: The summer transfer window and what they need to do

A new forward will be the priority for West Ham this summer, as they look to repeat or build on an impressive 2020/21 season 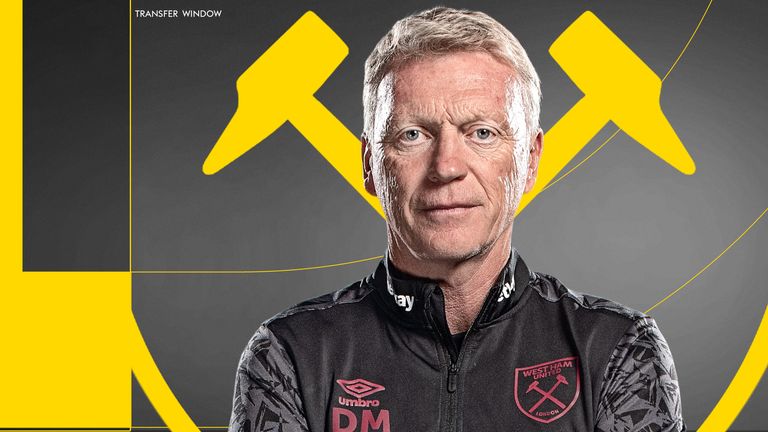 How will West Ham boss David Moyes improve his side this summer? 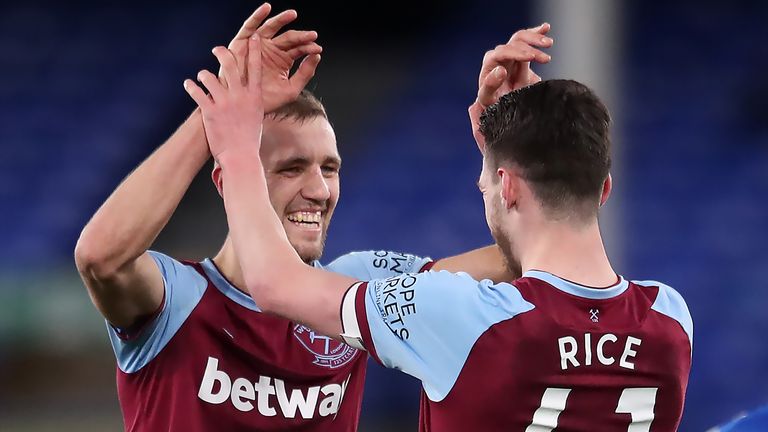 We examine the plans and priorities for West Ham in the summer transfer window after a positive season under David Moyes.

Which positions are West Ham targeting?

A centre-back, a left-back, and, most importantly, a striker to take the pressure off Michail Antonio will be the priorities for West Ham during the summer transfer window.

The club's other priority will be retaining Declan Rice - an ambition strengthened by the Hammers' qualification for Europa League football.

After the final day defeat of Southampton secured sixth place, boss David Moyes said: "I don't think [co-owners] David Sullivan, David Gold or myself have got any intention of losing Declan Rice," he said.

"We've just qualified for Europe, it's a brilliant achievement. Declan has been a big part of that and we want him to be a big part of what we do next year as well."

What do the stats say about West Ham?

Those latter stats picked up when Jesse Lingard joined in January, with the on-loan Manchester United star coming up with nine goals and four assists in just 16 appearances.

Moyes will aim to continue to develop that creative side of his team's game next season - without compromising their set-piece threat.

The club's hopes of signing Jesse Lingard: "I am not actually sure how realistic it is. Obviously, I think Jesse has enjoyed himself, I hope he has... we have enjoyed having him and he is Manchester United's player so they can decide what to do with him - and if they want to let him go then let's hope he would consider us as one of his options."

On the prospect of Marko Arnautovic returning: I'm trying to build towards a new team, a new West Ham. I'm trying not to go back if I can help it. It's not to say that I would never go there, I would do of course. We might get a chance to see how Marko plays in the Euros. I hope I do because I really like him... Maybe Marko would like to come back. But he's on a lot of money in China so I'm not sure we'd be able to afford that."

On Tammy Abraham costing £40m: "It would rule us out completely...if that's the figure and that's what's being said, we are ruled out. We don't have that money, we don't have that to buy a striker at that price, no. Is that sort of figure our total spend? It may well be. But you never know here. I don't think we will be making a purchase of that for any one player. I'd be surprised if we were."

On what the club could do this summer: "I think we'll have a bit of money to spend. Maybe the new TV deal might have made the owners realise that there's money coming in for the next three, four years. But at the moment, regardless how much money I'll have to spend, I'll try and make it work the best I can. I might need to juggle it and do different bits of wheeling and dealing if I can."

What should West Ham do this summer?

Sky Sports News' Kaveh Solhekol writes: "West Ham have had a fantastic season and it would have been even better if David Moyes had more strength in depth in his squad. Their push for a Champions League place eventually ran out of steam because of injuries to key players such as Declan Rice.

"Moyes will be given money to spend again this summer and his record in the transfer market has been so good since he returned to the club that it would be no surprise to see him find more quality players such as Tomas Soucek and Vladimir Coufal at affordable prices.

"His first priority as far as the market is concerned is sorting out the future of Jesse Lingard. West Ham would like to sign him on a permanent deal after his impressive performances on loan from Manchester United but Moyes didn't sound too optimistic recently that a deal could be done. United think they can get up to £30m for Lingard and West Ham are not the only club who want him.

"West Ham's most pressing need is for a new forward to take some of the pressure off Antonio. Moyes knew it was a gamble not to sign a forward in January and although he had a budget of £20m he preferred to keep it to spend this summer.

"There will also be more speculation about the future of Rice, especially if he plays well for England in the Euros. Moyes will ignore the noise - unless West Ham receive what he describes as "a Bank of England offer" for Rice - and focus on strengthening at centre-back, left-back, and up front."

Sky Sports' Peter Smith writes: "As stated above, a striker must be on the shopping list for Moyes this summer after no replacement was brought in for Sebastien Haller in January. Soucek and Lingard have contributed handily to the goals tally with Antonio but West Ham will need more firepower to repeat what they have achieved this season, given the fact a number of teams around them look eager to strengthen.

"And despite Moyes' firm stance on Rice, there needs to be some long-term planning in defensive midfield, with the talented England international likely to continue to attract top clubs for years to come and skipper Mark Noble moving to the fringes as he gets older."