January transfer window: What's it like to be a manager?

Listen to new episodes of the Sky Sports EFL Podcast every Monday! 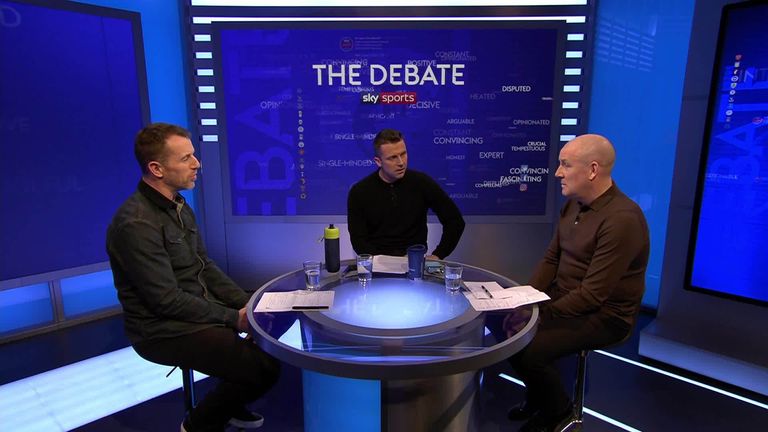 Millwall boss Gary Rowett and QPR boss Mark Warburton sat down with David Prutton to discuss what it's like to be a manager during the January transfer window.

The two Championship bosses spoke in depth to the Sky Sports EFL Podcast, giving us insight on the difficulties of balancing normal day-to-day tasks and playing games with recruiting players, trying to keep your current squad happy, dealing with agents and more...

Is it as hectic as it is made out? 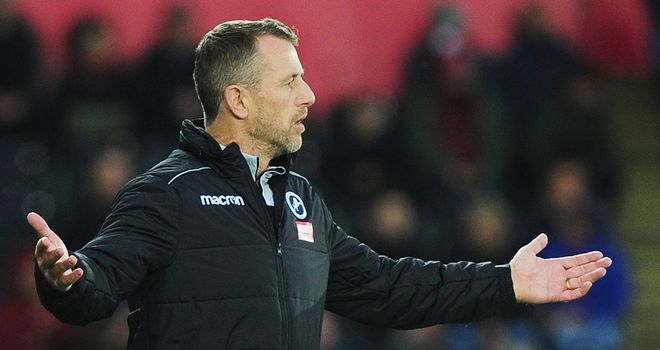 Gary Rowett: It is pretty hectic. I think, for a manager, sometimes it is about making sure that you maintain that clarity of what you are doing day-to-day because you can get swayed trying to do deals and getting dragged into deals.

It can be awfully time-consuming, but we are all trying to do the same thing, trying to make our teams better and sometimes that extra little bit of work, hopefully, goes a long way to improving the second half of your season.

How hard is it to maintain focus on each aspect, both normal management and the window?

Mark Warburton: You have to. As Gary said, the league games come along - especially the Christmas programme and the demands that places on your team and your staff - but it is about making sure you have a clear idea of what you want to do, what you can do.

It is not always what you want, it is about what you can get. Also protecting the players that you've got, especially towards the end of the window, and making sure you don't lose one or two prized assets.

Is the focus on keeping players or recruiting and strengthening your current group of players?

MW: You have to understand what you can do, money-wise. So what you can bring in? And what would make your team better with the quality that you don't possess right now? But, at the same time, you have to face the fact that you can lose one and if you do.

But in January, it has got to be on your club's terms. So the £5million player becomes £8m. £10m becomes £15m. That's the nature of it. You have to make sure you have a clear understanding that if A, B and C happen, you have a plan of what to do after. But the trouble is, late in the window, you are left with very few options.

Are you wary of any undue attention towards your players in this specific part of the season?

GR: You always are. You are aware of the same sort of clubs watching your players. When you see them week in, week out on scout lists you know people are hovering around and you know which ones they are after. Like Mark says, you have to have a clear focus on what you need, but sometimes it becomes a little bit uncontrollable towards the end.

There is a little bit of you hoping that people leave your players alone because, actually, it can have a huge detrimental effect and also affect the players. If a player knows that a club is interested, maybe at a higher level, then sometimes performances can dip during the window. It's an simple as that. There's a lot of factors that can be involved. 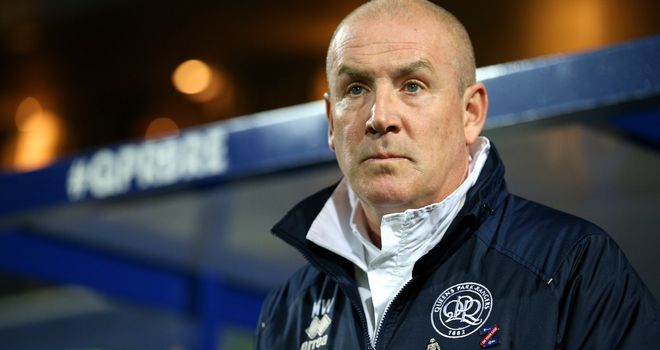 MW: Also, it's the mindset of the message you give your players. If you are quoted in a presser saying: 'I'm looking for two centre-halves, two midfielders and a couple of wide men', what does it say about the current squad? You have to make sure the dynamic is right and your message is always positive. If you can add that bit of quality then great, but if not, the message has to be: 'I'm more than happy with my squad'.

How much of it is proactive as opposed to reactive business in January?

GR: I think the summer transfer window can be slightly more proactive because you can plan better. There are players out of contract, there are players that you know have got that two-month window to do the diligence and the work. Often before that, you know it's going on.

The January window becomes a lot harder, in my opinion, and it becomes very reactive to what is available. You are making enquiries and suddenly something comes up that you weren't expecting to come up and then it's a case of whether or not, as a club, they will back that or you can push to that or whatever it is.

We are all after good players, we are all after the same sort of players if they become available, but it is quite a hard window. Statistically, sometimes, actually doing too much has a detrimental effect on your team because of that little bit of uncertainty among your squad. It is a fine balance.

Is it imperative that you bring players in, after your due diligence, that you know are going to hit the ground running?

MW: This is the problem. He may be from Spain, or be an outstanding player but take three, four or five months to settle into London, or wherever it may be. You can't do that in January. They have got to come in and the fans want to see an instant impact.

He has to add a quality or an attribute to your team, so I think you've got to choose so wisely, do your character, your due diligence, making sure all the checks are done. It's still, for me, a massive gamble in January. I agree it is the hardest window by far, puts a lot of pressure on managers and staff and sometimes you should keep your gunpowder dry and wait until the summer.

How hard is it maintain the focus of an in-demand player? 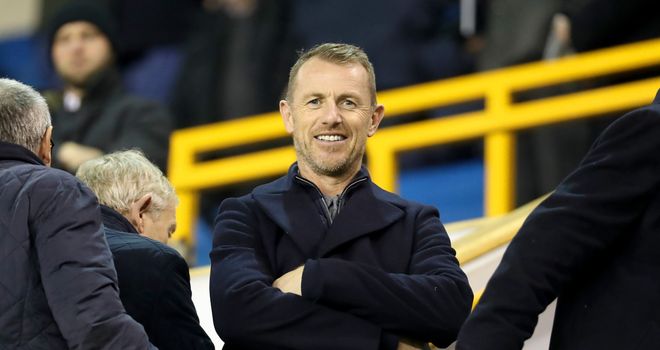 GR: I think it is hard because you are aware of it but you want to move forward, do the same things you normally would and not make too big an issue. I've always said the job of a manager is to make it so that people want your players, people are excited to try and get your players.

You can't have it both ways; you can't have your players performing and then not have people that want them. It goes hand-in-hand. You just have to make sure the players focus on keeping delivering those performances, then they are doing their job and the rest of it, usually, you have agents, you have people that deal with those sides of things so that players can retain their focus.

As a club, do you have to make yourselves approachable and attractive for young players to come, particularly on loan from the Premier League? Is there a lot of competition?

All these various challenges help the player get better and a Premier League club wants to know, when they take their player back, he will be a better product. Our job is to take the young talent, obviously get the best out of him, send him back a better player and then, hopefully, the next one comes along.

What's the general consensus on agents from a manager's perspective?

GR: Some are good, some are not so good, some are hard to deal with, some are very sensible to deal with, but it is just part and parcel of the game. It is very difficult to do deals without them. I think it is just one of those things you have to learn to navigate and, fortunately, most of us have got good recruitment teams and good chief executives that can deal with that side of it.

For managers, while you have to field the calls and have to have those relationships, often you just want to get on with the coaching and the football side of it and the less involved with it you can be, the better. 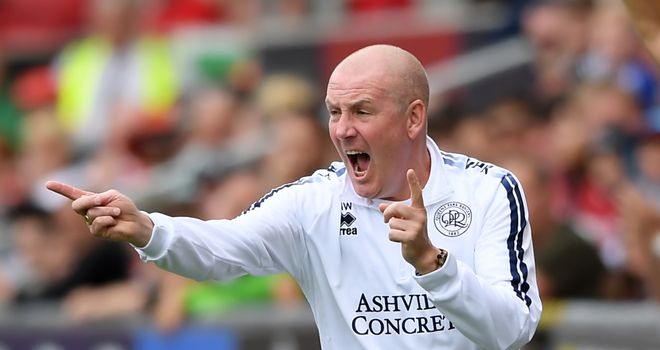 MW: I've got Les [Ferdinand] as director of football. I've done that job before and with that side of it, you do field a lot of those calls. Les and myself will talk continuously about the type of player, player profiles, but the good agents will know what you want.

They will know how you work as an individual, how you work as a club. I get a lot of people asking what I'm looking for. I say: 'Do your homework, know what we are looking for and then come back with the type of player that we might be interested in.' They are the best agents. They do their diligence, they work hard, they come to you with the right player and there's a good chance you may at least have a look at him, but you find the good ones very quickly.

Is the structure of the transfer windows beneficial to EFL clubs?

GR: I quite like it, in a way. I think back to when the emergency loan window was scrapped. You can look at it from a development perspective and probably have a different argument, but I always felt your under-23s now have to be your emergency loan group, if you like.

They have to then be good enough to step in if you get injuries because you can't start taking people mid-season and, effectively, paper over the cracks of your team if they aren't performing. I understand that people maybe feel you should be able to trade all year round but I like it in some ways because you are not then dealing with agents all year round, you're not dealing with the other side of the game all year round. You have a window where you can at least focus on trying to make your team better.