Paul Pogba will run down the final 12 months of his Manchester United contract before joining Real Madrid on a free transfer next summer.

Ghana star Fatawu Issahaku appears to have confirmed himself as the newest arrival at Liverpool on Instagram.

Daniel Levy is set to hold firm with his intention to keep Harry Kane at Tottenham when he comes face to face with Manchester City officials on Sunday. Tottenham have been assured they can rely on Harry Kane against Manchester City on Sunday.

Manchester United signing Raphael Varane has taken the No 19 after Phil Jones allegedly refused to give up his No 4 jersey.

Arsenal hope Reiss Nelson will sign a new contract before sending him out on loan.

Barcelona outcast Philippe Coutinho has been offered to AC Milan, Roma and Lazio following a poor three-year stint at the Nou Camp.

Paris Saint-Germain have reportedly come up with a sensational plan to turn dream into reality by partnering Cristiano Ronaldo and Lionel Messi in the French capital.

Arsenal and Tottenham have been quoted an exceptionally steep price of £60m by Fiorentina as they eye a transfer for striker Dusan Vlahovic.

Tottenham captain Hugo Lloris has spoken of the importance of getting everybody at the club pulling in the same direction after welcoming want-away Harry Kane back to training. 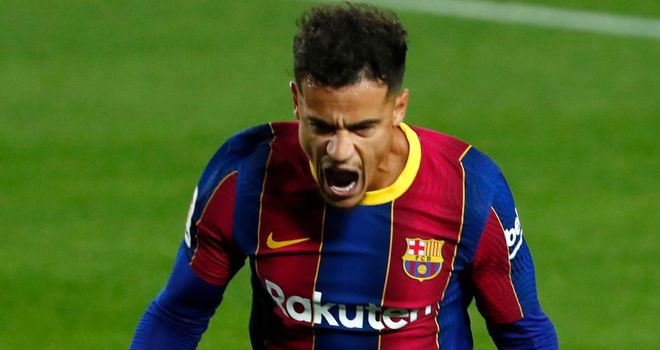 Barcelona have put Premier League clubs on alert about a potential loan deal for Philippe Coutinho that would see them pay half of his vast wages.

Burnley have made an offer of £13.5m for Maxwel Cornet and are now able to speak to the Lyon left-back.

Spurs goalkeeper Hugo Lloris says he is 'calm and relaxed' despite no sign of new contract talks as he enters his 10th season at the club.

Crystal Palace are in talks to sign Will Hughes from Watford after the 26-year old turned down the offer of a new contract at Vicarage Road.

Pep Guardiola has hit out at critics of Manchester City's heavy spending, including Liverpool's Jurgen Klopp, saying it shows their owners want to invest in the club rather than take money out.

Thomas Tuchel has challenged Timo Werner and Chelsea's other goal-shy strikers to match Romelu Lukaku if they want to be part of his title chase. 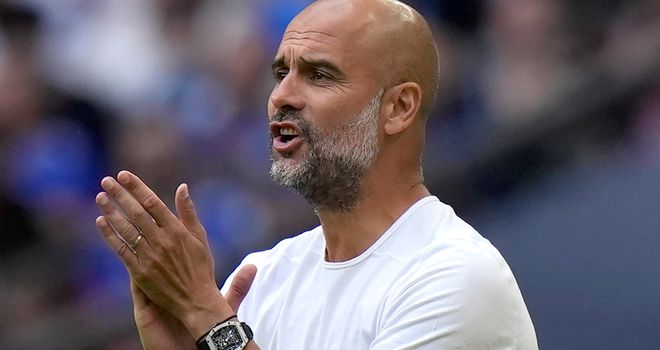 Manchester City manager Pep Guardiola has backed his club's transfer record ahead of Sunday's game against Tottenham which has been overshadowed by Harry Kane talk.

The Man City dressing room are reportedly stalling over voting on this season's captain as the future of Harry Kane remains uncertain.

Niko Katic has been told his Rangers career is over.

Celtic target Yan Couto will plead with Manchester City to rubber-stamp a move to Parkhead this week.