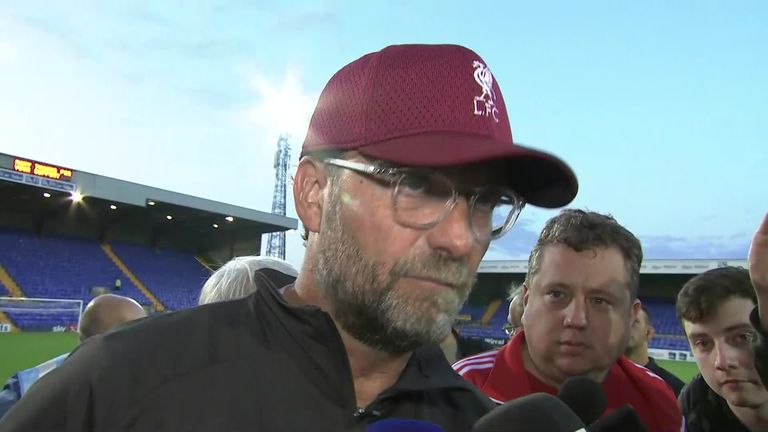 Jurgen Klopp predicts Liverpool will not have a busy transfer window, saying the likes of Rhian Brewster and Alex Oxlade-Chamberlain are like "new signings".

European champions Liverpool got their pre-season under way in style, beating Tranmere 6-0 at Prenton Park as Brewster scored twice.

Liverpool have so far signed youngster Sepp Van Den Berg, and Klopp has quickly moved to reduce any expectation of a flurry of signings.

Asked whether Liverpool would be active in the summer window, Klopp said: "We brought them already. Oxlade-Chamberlain, Rhian Brewster, they didn't play last year. All the young boys today, they're all new players for us.

"The transfer market is open I don't know exactly until when, when does it finish? [Interviewer: August 8]. August 8! This wonderful country, the whole of Europe had the idea to close the transfer window early and the only country who did it was England finally. So we close it three weeks before the others.

"We will see what we do, but I don't think it will be the biggest transfer window of all time." Brewster himself has been told by manager Klopp he has an important role to play this season.

The 19-year-old has been lined up to fill the boots vacated by Daniel Sturridge as the team's third-choice centre-forward after Roberto Firmino and Divock Origi, who has just signed a new contract.

However, Klopp wants the player to start developing his all-round game.

"I love the boy, he is a fantastic player but one of the goals I would have scored," said Klopp. "We knew Rhian was a good player before. Why should I play it down? I just don't want to talk after a game about the guy who scored two goals.

"I saw a really good game and Rhian is a fantastic player. 100 per cent [it is a big season] but it depends on him as well. Divock Origi stays which is good news, Bobby Firmino is still there. 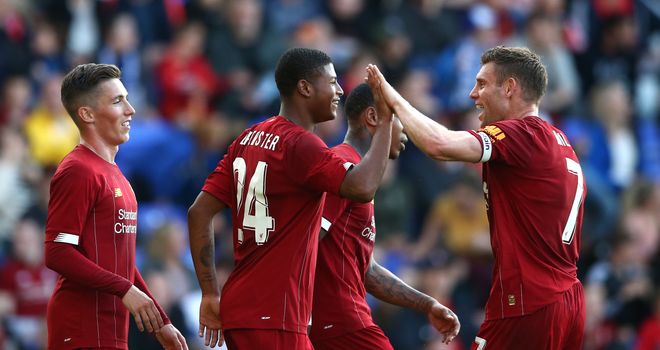 "Rhian Brewster is a top striker, he is a top talent and I have told him already that he has an important role this year but how important depends on him.

"We will see. He has to play different positions as well - the centre, wing is possible I think, we will see how we line up, but there will be opportunities for him. I am sure."

Analysis: Brewster stands out, but others impress

Sky Sports News reporter Vinny O'Connor had a keen eye on Liverpool's youngsters at Prenton Park, and says Brewster's all-round performance impressed, not just because of the goals...

Rhian Brewster: "The two goals showed his awareness, but there are parts to his game which you probably won't have heard so much. 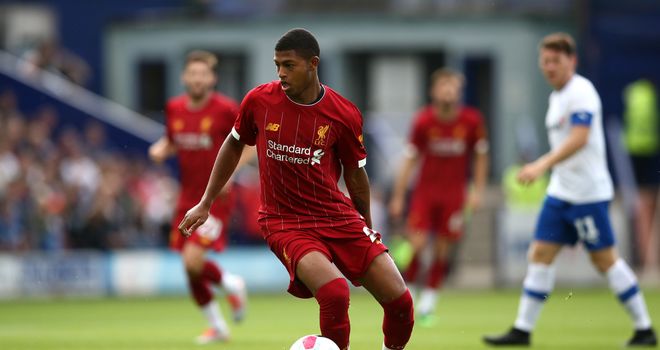 Brewster impressed for Liverpool at Tranmere, but not just for his goals

"He's always coming deep, holding up, and he's also quick to react. He senses it will create a mistake, following it up by putting pressure on defenders. He really stood out in that respect. He didn't shy away from the physical battle either, against two physical centre-halves.

"He also set up Clyne for the opener with a lovely ball. Overall he was spot on, and it's looking already like he'll get more chances this season."

Best of the rest: "Yasser Larouci was brilliant in the first half; if he wants to put pressure on those ahead of him, his final ball must be better, but he was always compopsed on the ball, willing to join in and had a few opportunities bursting into the box. He had a bit about him, with a decent enough touch, and though he wasn't tested too much defensively, he was strong in the tackle.

"Harry Wilson and Ryan Kent showed flashes in the first half, and Ben Woodburn's ball for Curtis Jones' goal was brilliant. 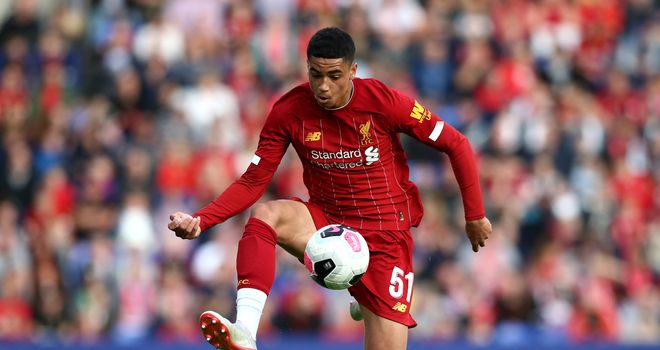 "And finally there's Ki-Jana Hoever. He caused a big problem in the second half, helping set up Bobby Duncan for his goal. I hear a lot coming out of academy about him, and he can play various positions, including right-back, centre-back and No 6 at times."