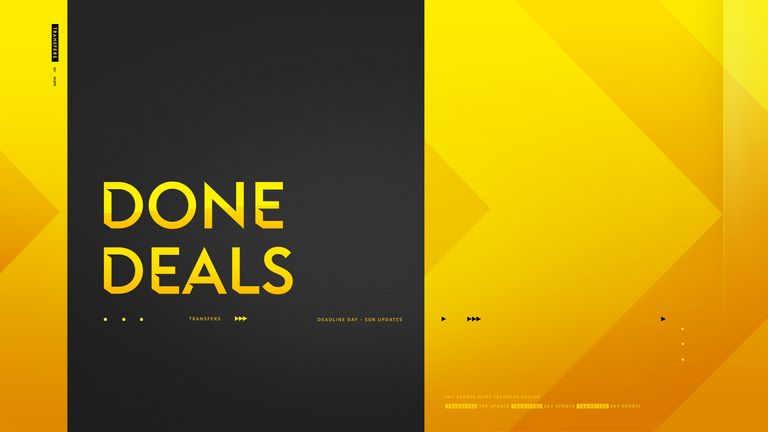 See all the done deals from Deadline Day across England and Scotland, plus key moves around Europe...

Missed a move? Keep up to date with the latest transfers from the Premier League, Championship, League One, League Two, the Scottish Premiership, the Women's Super League, and big moves across the globe, right here.

For a rundown of this summer's Premier League done deals, club by club, click here.

Hassane Kamara - Watford to Udinese, undisclosed (returns to Watford on loan for rest of season)

Will Ferry - Southampton to Cheltenham, undisclosed

Will Smallbone - Southampton to Stoke, loan

*pre-contract agreement to begin on July 1

*pre-contract agreement to begin on July 1

Rest of the world

Will Boyle - Cheltenham to Huddersfield, free

Will Wright - Dagenham to Gillingham, free

Will Evans - Bala to Newport, free