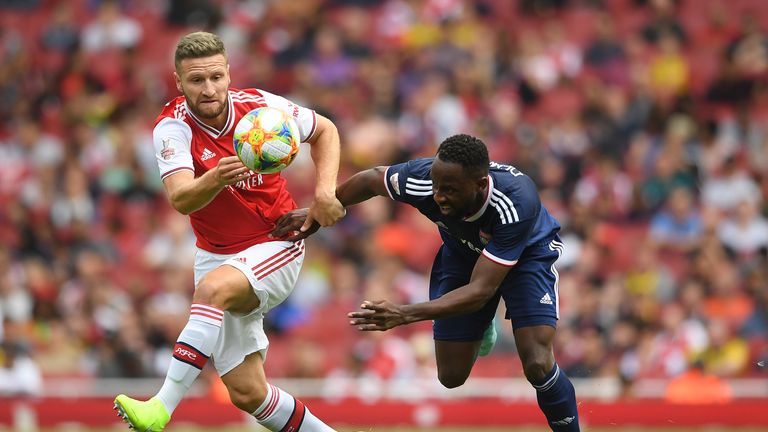 Shkodran Mustafi still has a future in the Arsenal team after deciding to stay at the Emirates this summer, manager Unai Emery has insisted.

The Germany centre-back was urged to leave by Emery towards the end of last season after struggling for first-team games, and he was of interest to the likes of Juventus and Monaco.

But a move did not materialise and Emery says Mustafi has been given a clean slate this season and has been training well.

"Mustafi decided to be here and when he did, for me, he is another player like the others in the team," the Spanish manager said ahead of Arsenal's clash with Watford, live on Sky Sports on Sunday.

"Of course I respect his decision and, when he decided, I spoke with him and said 'for me you are in the squad and I am going to work with you as with the other players'. 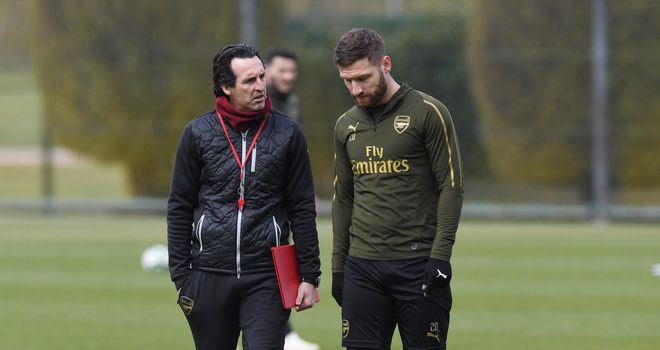 "I don't know all exactly what was in his decision (to stay) but, when we spoke and he decided to be here, it was a start with him as another player in the squad.

"He is working every day with a big motivation and good experience. That is what we want, training with good experience, helping and, after, giving us his performance."