Unai Emery says it is better Shkodran Mustafi and Mohamed Elneny leave Arsenal before the European transfer window closes, for the sake of their careers.

Neither player has been part of a matchday squad this season, and Arsenal head coach Emery indicated he has already told the pair they are surplus to requirements.

"I spoke with them a lot of times last year in this position and I think it is positive for them to leave and to sign for another team where they can be protagonists, they can be happy and can continue their careers as players.

"They are very big players but here for one circumstance or another circumstance they are going to have less chances to show their capacity or to be happy with us taking minutes of playing matches.

"But with [a lot of] respect, they are training with us but they know their situation and I am wishing only the best for them."

Given their current standing it would be a huge surprise if either Elneny or Mustafi played any part in Saturday's Premier League trip to Liverpool. 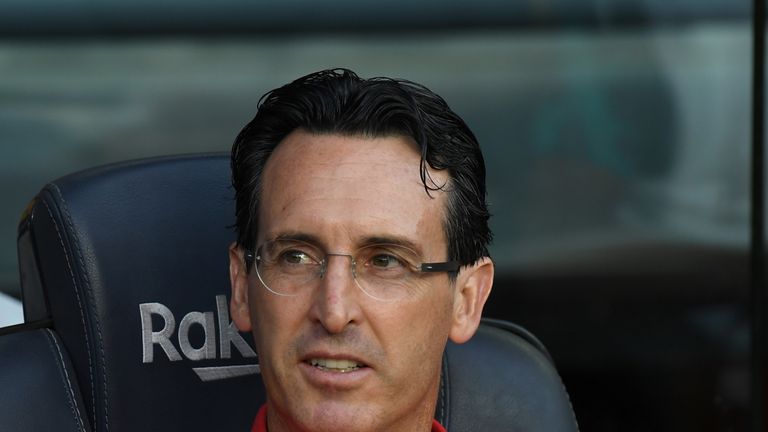 The only two sides with two wins from two meet at Anfield in the evening kick-off and Emery insists he is ready to hand Ivory Coast winger Nicolas Pepe his first Arsenal start.

"The most important thing is, like a person, to help him and his family to feel comfortable here," Emery said of Arsenal's club-record signing.

"Now he is three weeks into working here with us. He didn't do the pre-season here but he's progressively feeling better.

"For example, in the first match, he played 15 minutes in Newcastle, then he played 45 minutes against Burnley. I think his individual performances are progressively getting better.

"For Saturday, he is maybe ready to have more minutes. I am going to decide tomorrow, but really his progress has been positive and has been good for the team and for him.

"The most important piece of the adaptation is to help him to feel easy and be comfortable with us."